Women in our movies are often portrayed as supporting characters. There have been many instances where strong women oriented stories have struck the chord of the audience. But largely due […]

Women in our movies are often portrayed as supporting characters. There have been many instances where strong women oriented stories have struck the chord of the audience. But largely due to the dumb male oriented mindset and the scripts written out of those fertile brains usually put women in roles limiting to songs and dance and looking pretty while the uber-dumb male protagonist swells his muscle. Before you label me as a feminist and discuss the entire idea of entertainment is titillating images of the leading pair, I shall move on to the next paragraph!!

Here are some of my favorite moments of the movies where the better gender of the two, took the cinematic experience to a whole new level.
Bimal Roy’s Bandini –
‘Bandini’ is much more than just a film. It is a stinging commentary about women, their plights, their sacrifices and their love. If you haven’t seen the film, do watch it. Look out for the moment when Nutan decides to leave the village to look for Ashok Kumar. Its a poignant moment of the movie where her actions decide her course of life. A power-packed performance by Nutan armed with a haunting “O jaanewale ho sake to laut ke aana” makes you tremble to your bones. Do watch it here.. 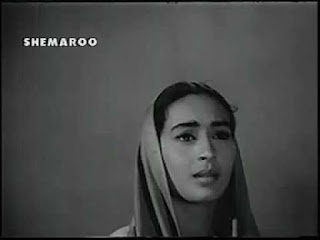 Shekhar Kapoor’s Masoom –
A child out of wedlock, looking for his dad reaches the Malhotra household and all hell breaks loose. At the centre of this maelstrom is Shabana Azmi’s character who despises this child at first, then gradually warming up to him as a dotting mother takes over a hurting wife. Shabana Azmi played this role with amazing nuances that is now the subject of folklores. 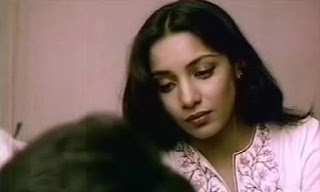 Gulzar’s Ijaazat –
In Gulzar’s other woman, we see a beautiful, strong and determined woman living life to the fullest without caring about the storm she brought into the lives of Mahender and Sandhya. On the other hand, there is Sandhya who’s considerate about her husband’s affection towards his old flame but is unwilling to share him with her. A mature romance between the trio pulls a lump in throat where ultimately fate is the decider. 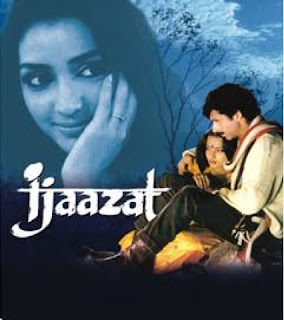 Anurag Kashyap’s Gangs of Wasseypur –
The gun totting Corleones of Wasseypur and the revenge saga of Sardar, Ramadhir and Faizal took centre stage. While the macho men ruled the majority of the screen time, the womaniya were on the top of their games equally. Richa Chaddha as the feisty Nagma, Reema Sen as the vindictive Durga and Huma Quereshi as the quirky Mohsina blazed the screen in this five hours epic. Lethal was never this cool. 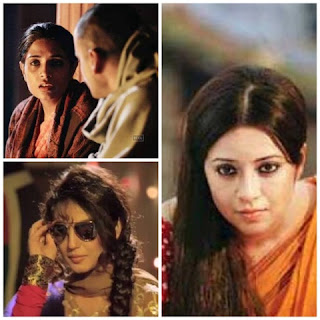 Sujoy Ghosh’s Kahaani –
The mother of all stories or The Story brought countless laurels to the director and the actors. The astute portrayal of a woman in distress, in search of her missing husband was wonderfully portrayed by Vidya Balan. After the rousing success of Dirty Picture where she played Silk Smitha, Vidya solidified her position as one of the best actors of her times. She was hailed as the fourth khan of the industry (another patriarchal statement) through her bankability as an actor par excellence. But ‘Kahaani’ brought out a rare side of Ms Balan- Her vulnerability. As the climax unfolds, the audience goes bamboozled as the vulnerability turns into vendetta. Truly, hell hath no fear like a woman scorned! 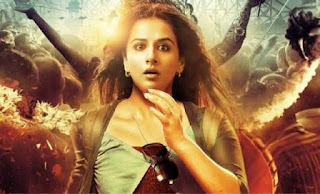 Asit Sen’s Khamoshi –
Waheeda Rehman played the heartbroken nurse Radha who falls hopelessly in love with her patient in the process of his treatment, thus blurring the line between personal and professional. Her portrayal is so brilliant that she towers over her peers like Rajesh Khanna and Dharmendra. There shall always be a constant comparison between her performance and that of Suchitra Sen’s from the bengali original “Dwip Jele Jaaye” which’s nothing short of phenomenal. But the romantic in me tilts towards Waheeda. Everytime I see the last scene where she goes insane, I long for her. 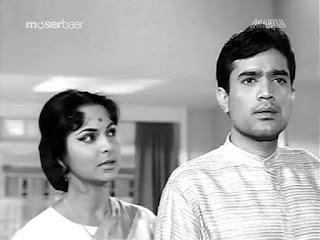 Finally, to all the beautiful ladies who graced my life in many forms and roles, thank you for making me what I am. May we not only celebrate this one day but our entire lives of being in debt of you and your ilk.