Saddam Hussein led Iraq invaded Kuwait after a tense relationship shared over crude oil prices, a war debt of $14 billion and allegations of oil stealing. When tanks started rolling into Kuwait city, the ruling emirs weren’t there to save their people. As a result, within two days Kuwait fell to the Iraqi army. Along with the native Kuwaitis, around 1,70,000 Indians were also labelled as refugees. Airlift tells the story of the biggest civil evacuation of those Indians by Govt. Of India and some unnamed Indian officers of the External Ministry affairs who worked tirelessly to make this happen.

Ranjit Katyal is a wealthy Indian Businessman, based out of Kuwait. We are told that he’s an arrogant but shrewd man who can negotiate and swing any business deals on his own terms. He walks among the richest men in Kuwait and considers himself more Kuwaiti than an Indian. Upon receiving the news that Kuwait has been invaded by Iraq, he plans to move his family out to London. On his way to the Indian embassy, he’s confronted by Iraqi soldiers who shoot his driver. His life is spared by an Iraqi general as he’s an Indian. The bitter reality starts to dawn on him. The rest of the story forms as for how Ranjit manages to get everyone out of Kuwait and discovers humanity in himself in the process.

Akshay Kumar, at his best, is an average actor. What works here is his sincere effort to become Ranjit Katyal. He puts his best effort forward and comes out with flying colours. Over the years, he has shed his image of making only masala movies and has chosen interesting scripts instead. Probably after ‘Special 26’, this will be the only Akshay Kumar movie which does not have the star but an honest actor who performs dedicatedly.

Nimrat Kaur as Akshay’s wife is very appealing and holds her ground steadily. She has a natural chemistry with Akshay and compliments him well. But the biggest attraction is the assorted star cast which plays its part perfectly. Each of them proves to be scene stealers. Particularly, Prakash Belawadi as a disgruntled Indian man in the camp and Kumud Mishra as the officer in the External Affair Ministry bring authenticity to their roles. Inaamulhaq (of ‘Filmistan’ fame) is very good as the funnily accented Iraqi general. The cinematography is of top notch and captures every frame of a war-torn country. 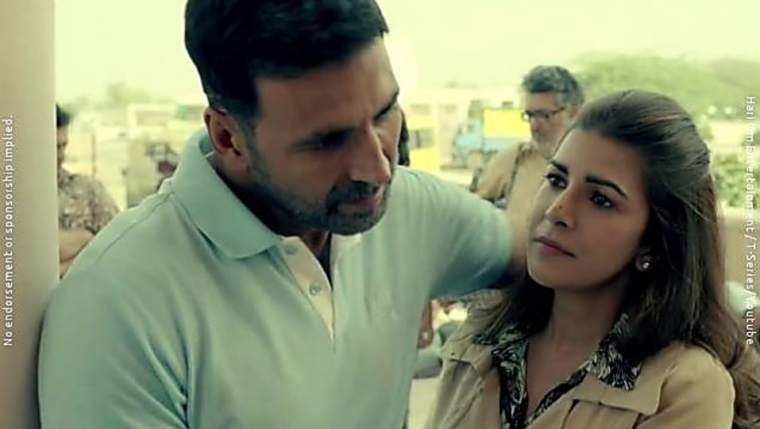 Airlift’ is a decent watch and is thoroughly enjoyable. Though it slows down a little towards the end and barring an ill-placed song, the movie is one smooth ride. Even in a grim situation like war, there are some genuinely hilarious moments which evoke laughter. And finally, your chest swells with pride when you see the tricolour being hoisted on the Jordan airport (Because the release of the movie has been timed perfectly with Republic Day !)

Watch it, You won’t be disappointed…