It has been 18 years since Dil Chahta Hai, arguably the coolest film ever to have been made in Bollywood, was released but it remains fresh as dew. The way […]

It has been 18 years since Dil Chahta Hai, arguably the coolest film ever to have been made in Bollywood, was released but it remains fresh as dew. The way it made us look towards life and especially during the journey from being a boy to being a man, was something that was never explored in Hindi cinema before. It told the story of three friends, who begin as best friends, lose their ways as life takes them through various ups and downs and eventually come back stronger than ever. Aakash, Siddharth, and Sameer became our buddies, our confidantes and the benchmark of how Goa trips should be done!

DCH brought back the C in cool. The cool hairstyles, the goatee, the trendy apparels and now a must itinerary in life – a Goa trip. We all wanted to do a Goa trip. We all wanted to let our hair loose, like those three. We all tried to gulp a live fish like Aakash. When we saw a lonely figure sitting on the sand, we saw Deepa in it. When we saw a Caucasian woman, it reminded us of Sameer’s unfortunate yet hilarious outing with one. We all wanted to be like Aakash, Sid, and Sameer. I’ve been to Goa thrice, yet this dream of mine remains unfulfilled.

Sameer, the mellowed of the three, the hapless lover, the boy who’s always trying to be a man, was wonderfully played by Saif Ali Khan. Saif, by his own admission, got a fresh lease at life with DCH and was unstoppable as Sameer. We all have seen a Sameer in our lives. He’s someone, who’s nice, gentle yet clueless about life. He falls for the wrong women who take him for a ride. Sameer was the perfect mid-point between the flamboyant Aakash and the calm Siddharth. To think of it, we often get to see these three types of persona in people. Some are by nature extroverts, some are introverts. DCH told us, despite being in the middle of the two, life will still surprise you with its antics. Sameer is often seen to have been dealing with relationship problems. One of the best scenes of DCH is when Sameer speaks to his control freak girlfriend, over the phone and we get to hear only his side of the conversation and the resulting panic on his face :

Sameer is often seen being ridiculed by Aakash for being a sissy yet its Aakash who enjoys putting him into trouble. But Sameer also has a wicked side. There’s a funny scene during the Goa trip, where Sameer reveals that he knew Shalini was dating Rohit yet he didn’t stop Aakash from approaching her and eventually from getting punched. Aakash, the flamboyant of the three, goes through a sea change in his personality, from being reckless youth to becoming a sane one. And Sid was everyone’s dream man. It was really cool to have Akshay Khanna as Siddharth. For Aamir Khan’s zaniness, Akshay exuded charm like a leprechaun!

Romance is the central theme that binds all the main characters. Aakash and Shalini’s love story forms the arc where both of them get to realize the worth of true love, with Rohit being the adversary. The opera scene where Aakash realizes that he’s fallen for Shalini remains one of the memorable sequences of the film. DCH even fiddled with the concept of a young man falling in love with an adult woman. Siddharth and Tara were a dream, which looked desirable yet unachievable. Siddharth’s world of paintings always had an unspoken story about his inner thoughts. It was Tara who could see through the calm demeanor of a young man, the brewing storm inside, the shackles that he tried to break free from. Though Tara and Siddharth couldn’t be together in life, yet they were together, in their solitude. And when Tara died, it was fitting to have Siddharth be there. And finally Sameer and Pooja, in a rather humorous way, get together without any hiccups.

It’s interesting to see the three distinct characteristics portrayed by the protagonists, about their perception of love. Aakash is shown as the one afraid of falling in love, Sameer afraid of losing his love in every relationship and Siddharth afraid of letting anyone else know of his love. Even the ensemble cast had their stories interwoven into the relationship drama, Rohit being the third angle of the Aakash-Shalini story and Deepa’s unrequited love for Aakash. The scene where Sid explains Deepa the futility of life and relationship using the allegory of sand in a clutched hand is beautiful as well as intriguing.

Humour and music both form integral parts of DCH. While the dialogues have become a part of common lingo, the music remains trendy till date. Shankar Ehsaan Loy came up with one of the most hummable albums of the year. ‘Koi Kahe Kehta Rahe’ became a youth anthem, ‘Kaisi hai yeh Rut’ was the fantasy song of the year and ‘Tanhaayee’ became the de-facto sad song for broken hearts. The title song still features on every playlist. And the crowd favorites ‘Woh Ladki Hai Kahan’ and ‘Jaane Kyun Log Pyaar Karte Hain’ is still played on music channels, even after so many years. Farhan Akhtar, other than directing, wrote the dialogues which set the house on fire.

Dialogues like ‘Ya toh yeh dosti gehri hai, ya phir yeh photo 3D hai’, ‘Subodh, tumhe time yaad nahi hai?’, ‘Shayad uske bathroom jane ka time ho gaya hai’, ‘Tujhe kya lagta hai, main roz iss takiye pe baithta hoon’ and the epic ‘Kya kar raha hai yaar, Mard ban !’ followed by ‘Pitega sala!’ were fabulous. The scene where Shalini misses the train as the gate gets locked and she’s stranded on the lonely station with a suspicious looking homeless man and Aakash comes back and hugs the man, asking whether she scared him, is a perfect mixture of humour and romance, as both Shalini and Aakash realise there’s something more to their relationship. 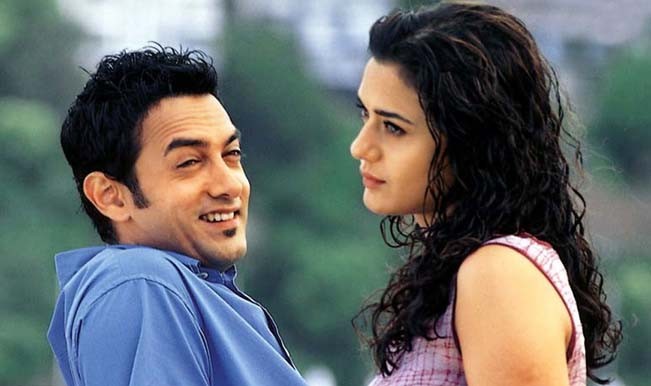 DCH set the basic and the most fundamental template of friendship – You’ve to be there for your friend, rain or shine. Just be there and the problems will get sorted on their own. And even if you have a fight, it doesn’t matter. True friends always get back together. Aakash and Siddharth get into an argument over Tara which turns into a fisticuff. While it takes Aakash to fall in love himself to understand what Siddharth has been feeling, Siddharth waits for his friend to come back to him. And when they reconcile, it’s really hard to stop tearing up.

So can there be another Dil Chahta Hai?

I guess not, as Aakash says –