Have you seen Jackie Shroff’s ‘Hafta Bandh’? Or ‘Vardi’ or ‘Aakhri Adalaat’ or for that matter Sunny Deol’s ‘Paap Ki Duniya’? Or ‘Inteqaam’ or ‘Aag Ka Gola’? The point that […]

Have you seen Jackie Shroff’s ‘Hafta Bandh’? Or ‘Vardi’ or ‘Aakhri Adalaat’ or for that matter Sunny Deol’s ‘Paap Ki Duniya’? Or ‘Inteqaam’ or ‘Aag Ka Gola’?

The point that I’m trying to make is, if you have watched the above films, then there’s no point in watching ‘Satyameva Jayate’. If you haven’t, then do not attempt to watch ‘Satyameva Jayate’. You won’t miss much. Director and writer Milap Zaveri must have stumbled into an old video library and found such B-grade gems to source inspiration for his insipid script. It is that kind of a film, full of mindless action and dialogue-baazi with women used as mere props. Plus, it has John Abraham, with bulging muscles with brawn and brain interchanging their respective places. 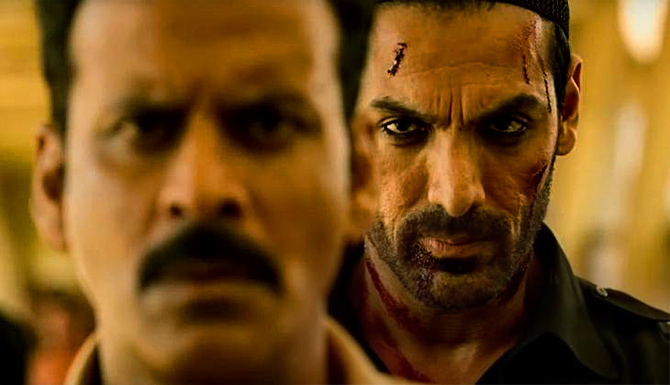 ‘Satyameva Jayate’ is the story of a vigilante, played by John who is on a mission to burn police officers. On his tail, is a capable police officer, played by Manoj Bajpayee. As these type of films usually happen to have, after three gruesome deaths, even gruesomer dialogue deliveries, the police officer deduces that the dying officers had one thing in common, they were all corrupt. Rest of the story is a haze for me, as I was too shocked to understand the scenes unfurling before me.

There’s no point in scrutinizing John’s work. He looks good, mumbles his dialogues and bursts truck tires with his bulging muscles. Basically, classic John Abraham. What surprises me, is Manoj Bajpayee’s association with such a film. Thanks to the premise tailored for John’s glares and grunts, Mr Bajpayee is limited to a role of a stooge. Debutant Aisha Sharma is just there, along with others, as a mute spectator to see John doing his usual stuff. 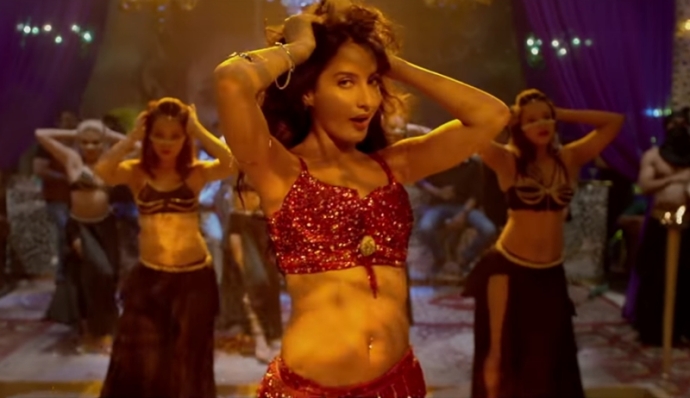 The best thing about the movie is Nora Fatehi and her 3 minutes of Dilbar Dilbar. That was the only time, I took notice. As I said earlier, the rest of the film is a haze.