Our guest writer/correspondence John H Foote writes from TIFF18, about Matthew McConaughey starrer ‘White Boy Rick’ Detroit has always looked and seemed dirty to me, not a great place to visit. […]

Detroit has always looked and seemed dirty to me, not a great place to visit. When going south of the border, we have always breezed through the city fast, as it just never felt safe, or offered anything I was interested in. My Red Wings play there, some major artists were born there including Francis Ford Coppola, but to me, it has looked filthy and grimy, I have zero interest in being there ever again. This film is set in eighties Detroit when the city was going through a particularly hard depression, another reason to stay away, there is always something wrong in Detroit. Except for drugs. Drugs were plentiful. It seems that in the most impoverished places, drugs are always plentiful. I do not know which came first, the depression of the city because of the drugs or the drugs because of the depression of the city. 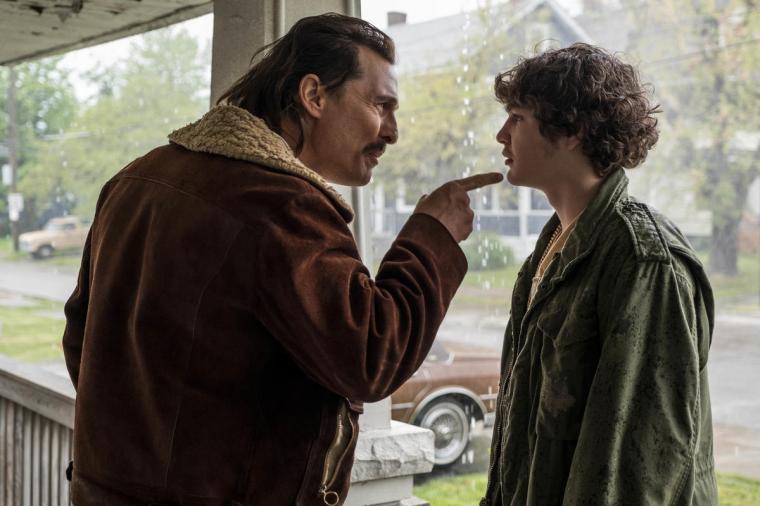 Fifteen-year-old Ricky does not have an easy life and lives in a very dysfunctional family. His father, Rick (Matthew McConaughey)is a licensed gun salesman, though the silencers he sells with them are highly illegal. The police watch him, carefully and he knows it and is reasonably careful to walk a straight line. His daughter is a junkie, and eventually disappears with her boyfriend, but his young son remains at home and is soon selling the silencers he takes from his father to a rough gang selling drugs. The FBI takes an interest in young Ricky and soon he is walking both sides of the law, working for them as an informant and buying drugs, and quietly doing his own thing. He works himself into the inner circles of the gang and is soon friends with the top men who trust him as one of their own.

But when the FBI closes in, a close friend of Ricks comes to his home and suddenly, without warning shoots him, leaving him for dead. Gutshot, the injury is critical and the boy is rushed to the hospital and surgery is performed. Rick Sr. shows up and for the first time, the overwhelming a father has for his children seems to wash over him. He tells the FBI they have done this to him, and they agree they need to help him, but a blind eye is turned. Eventually charged with several crimes, Ricky recovers slowly and awaits trial. In that time his father finds his strung-out daughter and brings her home, cleans her up by locking her in a room and letting her get clean. Slowly the boy realizes that his father truly does love him, and a deep friendship evolves. Yet nothing seems to go young Ricky’s way, even when the gang is busted for selling drugs he is still in terrible danger of going to prison.

McConaughey is exceptional in the role of the father, Rick, delving into the character with an abandon we have not always seen in the actor. I know, I know he won the Oscar for ‘Dallas Buyers Club’ (2013) but I was not impressed with the performance. When he is on, as he was years ago in ‘A Time to Kill’ (1996) a major performance, he is among the finest working, easily walking the line of an actor with that of a movie star, very much like Paul Newman did. Here he gives a great performance, gritty and raw, tough and yet heartbroken. Watch his eyes when he holds his grandson for the first time or realizes his daughter needs him more than ever. There is a deep love there, something we rarely see in characters in this world. 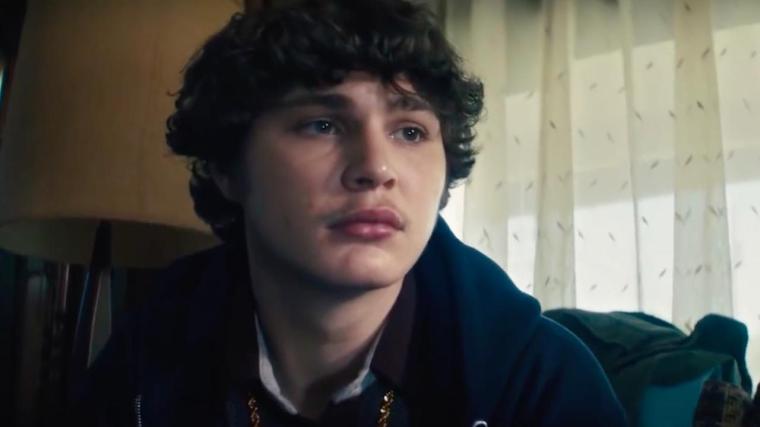 As Ricky Jr., young Richie Merritt did not convince me all the time. It is a decent enough performance, but in the company seasoned pros like McConaughey, or the two FBI agents Jennifer Jason Leigh and Rory Cochrane he simply cannot hold the screen with them. He has his moments, the scenes where he enjoys the spoils of his efforts, his wide smile when realizing he has been accepted by the gang as one of them, are beautifully acted. However, he struggles when being seduced by the mob boss’s wife, in any scene with his father and in the sequences, to short with his grandparents, portrayed by the brilliant Bruce Dern and Piper Laurie.

In the key role of his sister, Dawn, actress Bel Powley makes quite an impression with her dark energy. The withdrawal sequences are as expected, harrowing, and when finally clean she shines with life. Dern and Laurie are all but wasted, and the great Jennifer Jason Leigh is pretty much wasted in her supporting role as the FBI agent. She and Rory Cochrane, just have so little to do.
Directed with Scorsese grittiness by Yann Demange, the trouble is that he lacks the artistry of Scorsese. That said, he is getting there.