Skip to content
Movies That I Love – Karz (1980)
Bollywood

Reincarnation – A theme that Hindi Films love to explore over and over again. The concept of rebirth or a person being able to remember his earlier life is something […]

Reincarnation – A theme that Hindi Films love to explore over and over again. The concept of rebirth or a person being able to remember his earlier life is something that even scientists have failed to explain makes for an interesting story. Many faiths believe that the death of a person with unfulfilled desires eventually ends up in rebirth so the person can achieve whatever he couldn’t in his previous life. Right from the days of Bimal Roy’s ‘Madhumati’, the theme of reincarnation has been enthralling the audiences. But none of them has been as successful as Subhash Ghai’s magnum opus ‘Karz’. Starring Rishi Kapoor, Pran, Tina Munim, Simi Garewal, Raj Kiran, Durga Khote and Prem Nath, it can be deemed as the mother of all reincarnation films. From the audience’s perspective, this is what a true masala movie looked like. This film had everything that an avid film lover often looks for. Gripping story, romance, thrill, action, melodious music  – a complete package of a super entertainer. 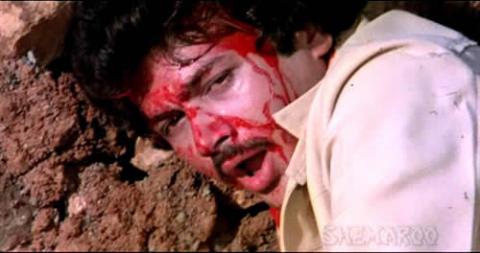 ‘Karz’ begins with the death of Ravi Verma, a young, rich scion of Verma estate. His widow Kamini, who crushes him under the wheels of a willy jeep, concocts a plan to overtake the empire, by throwing out the remaining family members. This happens under the supervision of Sir Judah, the business partner turned foe of Ravi Verma’s late father. Twenty years later, an upcoming singer Monty, while performing on a stage show, strums a unique tune on his guitar, which causes him to hallucinate. In his visions, he sees flashes of a man being driven over a cliff, in the vicinity of a Kali temple. In search of the sources of his vision and also looking out for a mysterious girl, Monty lands up in Ooty.

Monty meets this mysterious girl Tina who is under the care of Rani Sahiba and falls in love with her. While moving around Ooty, Monty sees various signs, symbols and places which keep triggering those visions. Upset about these visions, Monty gets the shock of his life, when he meets Tina’s benefactor – Rani Sahiba aka Kamini! As memories of his past life hit him like tons of bricks, Monty realises that he was Ravi Verma in his previous life. Looking for revenge, Monty along with Tina’s uncle Kabeera start plotting the downfall of Kamini by reenacting sequences similar to Ravi Verma’s death, thus creating fear in Kamini. Eventually, they succeed to uncover the racket between Sir Judah and Kamini, as she confesses to her crime. In the climactic fight, Sir Judah dies in a fire, Kamini tries to kill Monty in the same manner as she killed Ravi but falls to her death. Monty, reunited with his lost family, gets married to Tina and a happy ending ensues for them.

‘Karz’ was one of its kind. Mr Ghai, who previously helmed an action film like ‘Vishwanath’ with Shatrughan Sinha in the lead, was deeply inspired by the Hollywood flick ‘Reincarnation of Peter Proud’. So he teamed up with Sachin Bhowmik to write the screenplay for his new film. Dr Rahi Masoom Reza wrote the dialogues that became memorable and part of the folklore. He had cast Rishi Kapoor as the heartthrob Monty, who could kill with a guitar in his hands. Tina Munim, a relatively newcomer at that time, was chosen as the female lead. But his flash of brilliance, his ace of the pack came up with the casting of Simi Garewal as the chief antagonist Kamini.

A femme fatale like Kamini had never happened before on screen. She was no ordinary vamp but a wolf in the garb of a sheep. The way Kamini butchers Ravi Verma, that was a first for Hindi cinema. Kamini is shown as a puppet in the hands of Sir Judah, a mute gangster. She wants to marry Ravi Verma but ends up killing him as part of the plan set by Sir Judah. Later it’s shown that Kamini, addicted with Verma estate’s affluence, starts rebelling against Sir Judah. An amoral yet strong character, who can go to any extent to achieve her needs, Kamini is evil personified. In what can be termed as the biggest tribute to this character, director Sriram Raghavan named Tabu’s character as Simi, in his thriller extraordinaire- ‘AndhaDhun’.

Rishi Kapoor, who perhaps taught an entire generation of heroes on how to romance and especially how to hold the guitar correctly, was in his best, in ‘Karz’. Thanks to the timeless melodies of Laxmikant-Pyarelal duo and the voices of Mohd Rafi and Kishore Kumar, ‘Karz’ will always remain as one of the greatest performances of Mr Kapoor. As Monty, he danced, sang, fought and acted the shit out of everyone. His scenes with Durga Khotey where the mother and the son meet after many years brought lumps to the throat. The way he thunders at Kamini by saying – ‘Shantaprasad Ki Bahurani, Iss Shehar Ki Maharani Aur Sir Judah ki Naukrani’, Dhyan Se Dekh, Kudrat Ke Iss Karishme Ko’ is simply fabulous! 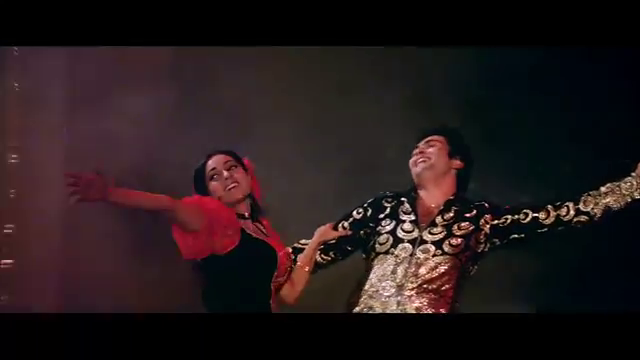 But Romance set Rishi Kapoor apart from other heroes of his time. The way he sang ‘Dard-e-Dil’, made reel love look real. ‘Om Shanti Om’ and ‘Paisa Yeh Paisa’ still remains the coolest retro songs of all time. But his greatest song will always be ‘Ek Hasina Thi, Ek Deewana Tha’. A song that has no parallel. A song that causes shivers in the bones with its haunting tune. A song that is a story in itself. Monty plays this haunting tune, which incidentally was a favourite of Ravi Verma to catch Kamini off guard and eventually reenacting the event leading to Ravi Verma’s death. With ‘Ek Hasina Thi’, Rishi Kapoor entered the hallowed arena of Hindi films, where a single scene, song or film can make an actor immortal for generations to come. Songs will come and go. Nothing beats ‘Ek Haseena Thi’. Period. 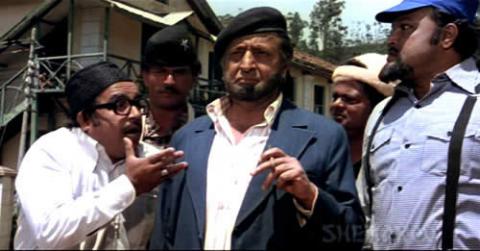 The supporting cast of ‘Karz’ was truly memorable. RajKiran did a cameo as Ravi Verma yet it remains as one of his most famous appearances on screen. Veteran actor Pran, who played Kabeera, was at his acerbic best with his couplets of Kabir-isms. Sir Judah, the main antagonist, played by Prem Nath, who was mute, thus preferred to pass on his message by tapping on a glass. Sinister without uttering a single word! His messenger was MacMohan, who got to speak one of the best lines of the film –

Kabeera also had two henchmen, Daayan and Bayaan, played by Viju Khotey and Birbal. These three, along with Aruna Irani featured in an item song called ‘Kamaal Hai’, incidentally the only song to have Manna Dey, in an album crowded by the likes of Kishore Kumar and Mohd Rafi. Pinchu Kapoor played Monty’s mentor Oberoi and Mukri, in the classic role of the hapless principal, who harps about getting a suitable groom for his unwed daughter brought the house down. Jalaal Agha played Monty’s friend, who doesn’t appear in the second half of the film at all, yet people remember him for his one line – ‘Ooty, Ooty, Pyaar Ki Booti!’ It particularly shows the diligence of the casting choice and the director to have so many unique characters with traits so distinctly defined in the story.

‘Karz’ inspired many filmmakers. It was remade in Kannada, Tamil and Telugu. Farah Khan’s ‘Om Shanti Om’, not only took its name from it, but it also featured Shah Rukh Khan’s character as one of the junior actors of the sets of ‘Karz’ film, with Subhash Ghai himself directing it. Sriram Raghavan’s thriller ‘Ek Haseena Thi’ took its name from the song.  In 2008, an insipid remake was attempted with Himesh Reshammiya as the lead, which became dud of the year, thanks to fans who rejected such a trashy attempt to remake a beloved film.

It’s been thirty-eight years, yet ‘Karz’ remains as fresh as it’s used to be.