Colossal. That is the size of expectations, that was associated with this film. Two of the biggest stars of our times came together for a film that promised to be […]

Colossal. That is the size of expectations, that was associated with this film. Two of the biggest stars of our times came together for a film that promised to be an epic. And they do not disappoint either. Great actors have been known to carry inane films on their able shoulders by their talent and at times, by their star power. One wonders, then what went wrong for ‘Thugs Of Hindostan’? What led to the failure of such an epic stature? The blame lies in the following order – Shoddy VFX, poor writing and Fatima Sana Sheikh. 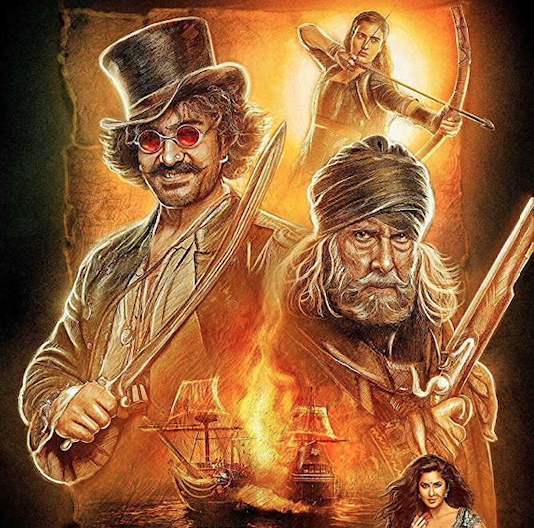 Set in the 18th century, at a place that looks like a bastardisation of Jodhpur, Malta and Thailand, it’s the story of a group of insurgents against the ruling British. There’s nothing new that’s not shown in the trailer. Everything happens precisely in the order that’s shown in the trailer. It feels as if the director was under tremendous pressure of dealing with two superstars and it shows with the erratic screenplay and the way the film is handled. The VFX is way shoddy and looks tacky at places. The biggest culprit, here, is the script. The writing is so lazy that sequences can be predicted from a hundred mile. Adventure films usually have memorable catchphrases and peppy songs. ‘Thugs’ has none. Despite the lavish sets, exotic locales and a massive hangover of the ‘pirates’ films, the film keeps dragging on and on. 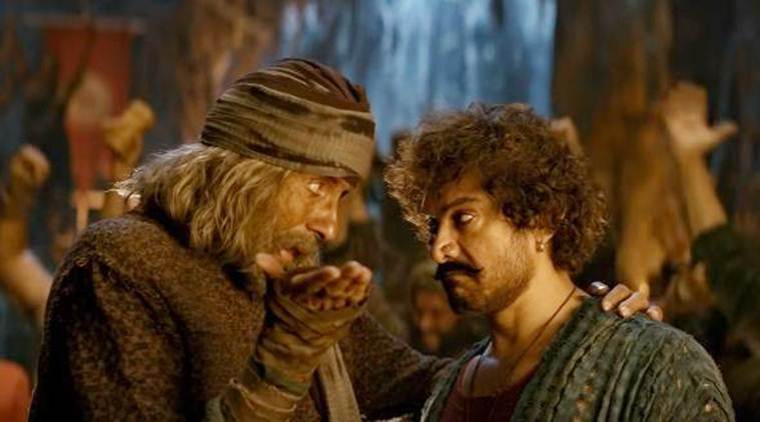 Of course, the saving grace comes in the form of Aamir Khan and Amitabh Bachchan. Aamir plays the deceptive Firangi Mallah who keeps playing devil’s advocate with friends and foes alike. He has the majority of scenes and does exceedingly well. Amitabh Bachchan is Khudabaksh Jahazi, the charismatic leader of the insurgents. Both play their part perfectly. Their camaraderie tells you that good actors evolve in each other’s company. Lloyd Owen as the antagonist Clive is ferocious and well cast. Mohd Zeeshan Ayub is perfect as Firangi’s man Friday – Sanicchar.

Which brings us to the worst casting decision of the decade – Fatima Sana Shaikh. The poor girl cannot act to save her life. The entire narrative moves around her character Zafira yet she remains in the background. Other than jumping from cliffs, hanging from ropes and shooting arrows, she hardly gets a scene to act. It feels as if, her scenes have been chopped off on the editing table, after seeing her performance. To negate her acting, we have Katrina Kaif in the film. For the duration of two songs and two scenes, precisely! It’s been so many years and films, but some things never change. Katrina’s acting skills feature somewhere there.

‘Thugs Of Hindostan’ will recover its cost, thanks to inflated ticket prices and the hullabaloo around it. It will be remembered as the costliest films to have been made. Sadly, it will also be known as the lost opportunity to make a film, grander than ‘Mughal-Ae-Azam’.