Bejoy Nambiar’s ‘Flip’ which tells four anthological stories about human characters and the frailties of relationships and traits are essentially about the insecurities that people see in themselves. Each story […]

Bejoy Nambiar’s ‘Flip’ which tells four anthological stories about human characters and the frailties of relationships and traits are essentially about the insecurities that people see in themselves. Each story presents a unique situation, in which the protagonist is forced to go through, which makes their world flip upside down. It’s an interesting take, though at times a little too messy to be believable. Some sequences are far too convoluted and test your patience. Each story ends with a twist, which you as an audience may or may not end up liking. But as said earlier, it’s an ambitious take on people’s insecurities in general, so keeping an open mind to the endings helps.

The story begins with ‘The Hunt’. A clear reference to the ‘The Hunger Games’, in a post-apocalyptic world, in a gaming arena made of several difficult terrains, a group of hunters or gamers, of you may say so, are hunting a certain group of people. Sheetal Menon plays the pivotal role, along with Rii, Naman Shaw and Sapna Bhavnani. The second story is called ‘The Bully’, which is inspired by a real-life incident from Bejoy Nambiar’s college days, it’s a man’s story who whose life spirals after a severe ragging session at his college. Ranvir Shorey leads this story. The third story is called ‘Massage’ where a Parsi young man, at the brink of impending success, goes through a life-altering situation or it seems so, played by Jim Sarbh and supported by Sandeepa Dhar and Viraf Patel. The last story is called ‘Happy Birthday’ starring Arjun Mathur, Shweta Basu Prasad and Shweta Gulati where a young man is afraid of a curse, that has plagued his family since generations. 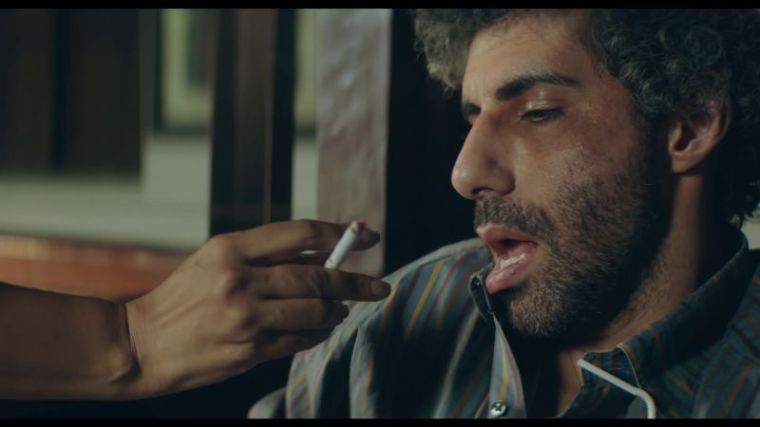 The stories run between 25 mins to 45 mins and that’s part of the problem as well. The two stories which run for 45 mins are fleshed out pretty well and thus gets explored in detail. The other two stories, due to their limited running time, come up to be a tad undercooked. From the lot, Jim Sarbh starrer ‘Massage’ is absolutely brilliant. The story of a Parsi young man who goes through a situation that almost robs him of life, Jim Sarbh is terrific as Keki. It’s a very difficult role and very unlike Jim Sarbh who usually dabbles in the grey areas. This story is the most radical of them all and is either going to blow you away or you’ll feel cheated. The next best story is ‘The Hunt’. It’s an action-packed tale yet has a unique say about human nature in general. Sheetal Menon plays a woman in distress, who is being hunted by a group of hunters. She does really well as a woman with questionable integrities.

Ranvir Shorey starrer ‘Bully’ had the potential to be a groundbreaking story yet it bows out to be on the predictable path, despite having a twisted finale. Ranvir does extremely well as a man who has lost his mojo of life, after being subjected to bullying, but the overall story fails to capture your imagination, despite having a brief ‘Donnie Darko’ ode to it. The last story i.e. ‘Happy Birthday’ which stars Arjun Mathur, is probably the worst, at least on the acting department. Shweta Prasad Basu who usually does well comes really short as a drug wielding Ms Know-It-All. Just like ‘Bully’, here the story has the meat to be substantial but falls short by a margin, due to the atrocious acting by the cast. The first three stories are directed by Bejoy Nambiar and the last one is directed by Aman Sachdeva. The writing credits are shared between Bejoy, Radhika Malhotra, Kartik Iyer and Anjali Nair. The brilliant cinematography which varies between the scenic terrains of the jungle where a superb hand-to-hand combat takes place to the colourful lives of orthodox Parsis to the claustrophobic insides of a room is also shared between Viraj Singh, Jay Oza, Srijit Basu and Yamini Yagnamurthy.

All said and done, ‘Flip’ can be best described as the flawed first step towards genuine content creation, in a genre that’s yet to be explored by creators. Do give a watch to this well-made series and decide on your own.