Like so many of the recent releases from Disney, this film is critic-proof. There is a built-in audience of those curious to see what Guy Ritchie has done with the hugely successful animated film of 1992 made flesh and blood for 2019. Add to the mix the die-hard Disney fans, the kids, the adults who were kids seeing the 92′ version, I mean this movie does not need critics to render an opinion.

However that is my job, that is what I get paid to do.

Straight up, this film is glorious to look at, the design sumptuous and rich, filled with dazzling colour, unlike anything we have seen before. It all but blazes off the screen. The carpet ride is really breathtaking, but I always had the gnawing sense, I have been here before. Still, despite the familiarity of the film, it is truly beautiful to look at, designed and costumed with glorious design and shot to look, well…incredible. 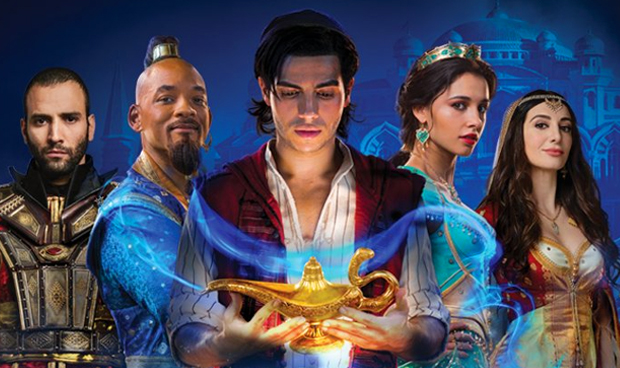 Once reality settles in and the imposing spectre of Robin Williams hangs over the film like a storm cloud you realize for all the beauty of the film, it has no heart and soul. Williams won a Special Golden Globe for his astonishing voice work on ‘Aladdin‘ (1992) and he is sorely missed. With Will Smith, a very talented guy, assuming the role of the Genie with a healthy helping of special effects, it is an entirely new experience. Smith tries, he tries everything, but it simply does not work. Williams was a special effect unto himself, his voice work fast and furious, the animators had to hustle to keep up with him. Smith is the Genie in the flesh, however blue, and plays him well enough, but never is magical as Williams was. Even though we only heard Williams, his energy was infectious and spilled off the screen. Smith plays The a Genie as cute, coy, fun. He lays on the ground, his feet in the air in motion like a great big kid, eyes like saucers waiting for his wish request. That is after all, what the big blue dude lives for, to grant wishes. It gives him purpose, but more pleasure. 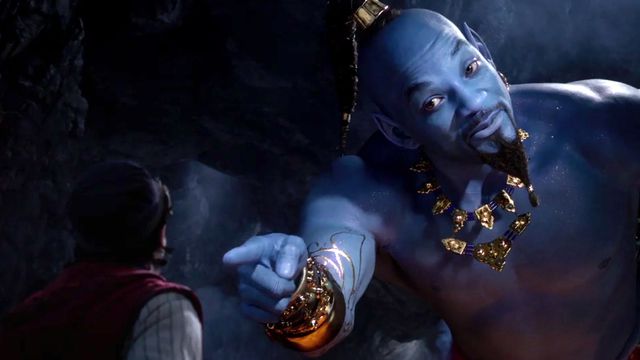 It is the songs that kill him. Williams was no singer but simply owned the songs, which Smith, a fine singer, never manages to do. The narrative is the same as the 1992 film, no real changes except it’s grounded in greater realism, which means no talking, oh you figure it out!

Aladdin (Mena Massoud), a young street rat is tricked into a cave by the evil Jafar (Marian Kenzari) where he finds an enchanted lamp, setting free the Genie of the lamp. You know the drill, three wishes, and no wishing for more wishes. He returns to the grand city a Prince head over heels in love with Prince Jasmine (Naomi Scott), but Jafar has his sights on her, and a great deal more as well. Will the two star-crossed lovers come together? Um, it’s a Disney film gang.

Massoud, Scott and Kenzari do ok with the roles but there is no great acting happening here, they have all the soul of cardboard cutouts. As the villain, Kenzari does everything but twirl his moustaches like Simon Legree or Snidely Whiplash, he plays the attitude of the bad guy, never the sound of the villain. Massoud and Scott look great and look incredible together but they strike no sparks…none. ‘Titanic’ (1997) worked despite a weak screenplay because the chemistry between Di Caprio and Winslet was off the charts. There is more chemistry between Aladdin and his flying carpet than with Jasmine.

For a love story, that is the kiss of death.

The score and songs are as they were but without the Williams delivery, anything Smith sings has a Fresh ‘Prince Of BelAir’ feels. Let me be clear, Smith is a great actor, twice nominated for Academy Awards and brilliant in ‘Ali’ (2001) as the legendary fighter. It took a great deal of courage for him to step into the role given how iconic Williams made it. That was the first major star voice performance, opening the door to many others. So Smith is following a legend, groundbreaking performance. As an actor, I think he could go toe to toe with anything Williams did…except this.

Guy Ritchie, formerly Mr Madonna has proven in the past to be a reliable director and I understand why Disney handed him this project. What I do not understand is why he did not give it the edge of some of his earlier work. Jafar would have benefitted enormously with some of that edge, and Aladdin must have had the cunning to survive in the streets as a street rat. Why did Ritchie give them both the personalities of a glass of milk? And the blue? Seriously? I could not decide if that was a homage to Williams or idiocy on the part of the designer, effects artist and makeup artists. 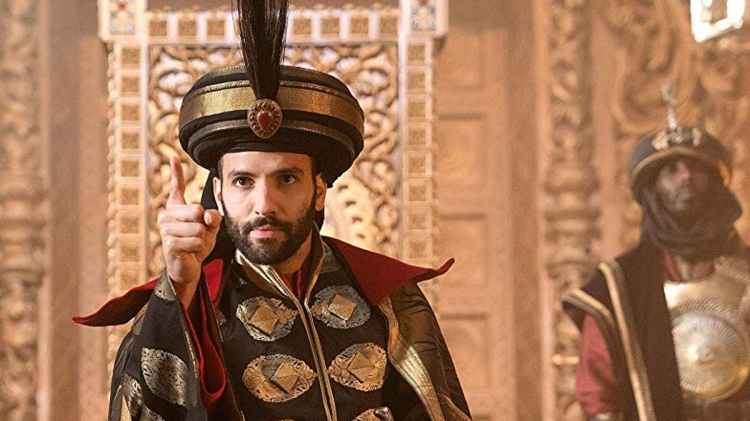 At the end of the film, I felt relief. It was over, I could leave. But then on the way out I remembered it was critic-proof, it mattered not what I say, it will be seen by hundreds of millions and make even more money for Disney. They have once again created a cash cow, which is how they exist and continue to dominate the film industry. And I remembered the obscene amounts of cash they have made with their films, the Marvel films, the Pixar films and I wondered why they could not make better films? Did you know Disney Studios has never won an Academy Award for Best Picture? Ever. You cannot win an Oscar without risk, without trying to create art. Disney never tries, they always worry about how much the film can earn and how much can be made through merchandising.

And ‘Aladdin’, is no masterpiece, not even close. 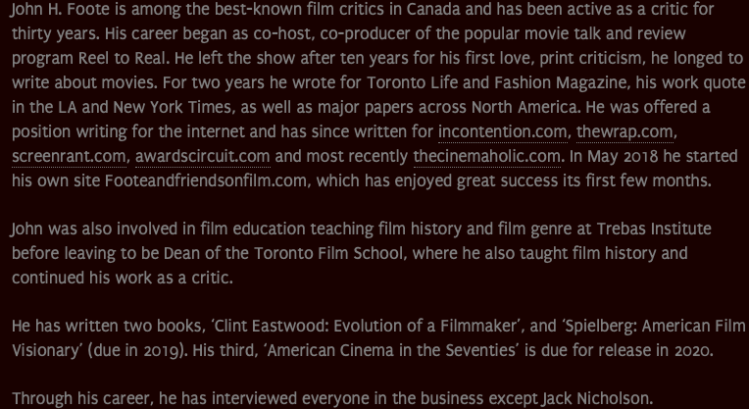