Jack Ryan’s back, peeps! The reluctant analyst turned super-spy, created by Tom Clancy, is back to save the world from doomsday, with some superbly shot action sequences that get the […]

Jack Ryan’s back, peeps! The reluctant analyst turned super-spy, created by Tom Clancy, is back to save the world from doomsday, with some superbly shot action sequences that get the adrenaline pumping. Crafted as the age-old good vs bad fight, this season of ‘Jack Ryan’ focuses on the country of Venezuela, where the reigning president is seeking another shot at the leadership, in the midst of corruption and his country, on the brink of a civil war. Pegged at eight episodes per season, the season runs at breakneck speed, travelling from Venezuela, Moscow, London to the United States, with Jack, his mentor Jim Greer and a new mysterious companion Harriet, played by Noomi Rapace. So how does Jack fare in his latest adventure? Read on to find out!

After foiling terrorist Suleiman Mussa’s plan to bomb the United States and kill the president, Jack refuses to accompany Jim Greer on his posting to Moscow and stays back on the desk job. But as fate would’ve wanted it, geopolitical situations force them again to come together in the Central American country of Venezuela. Jack, as always follows a money trail to seek a mysterious ship Almeta, which Jim Greer also happens to be tracking from Moscow, investigating a shady launch of a satellite from South China sea. Suspecting the corrupt incumbent President of Venezuela, Nicholas Reyes is behind all this, Jack interrogates him, as part of the official delegates team from the United States. This enrages the president and soon Jack’s friend Senator Moreno is assassinated in an ambush attack on the delegates convoy. Watch the episodes to find out how Jack Ryan manages to unearth a sinister plot of corruption and deceit. 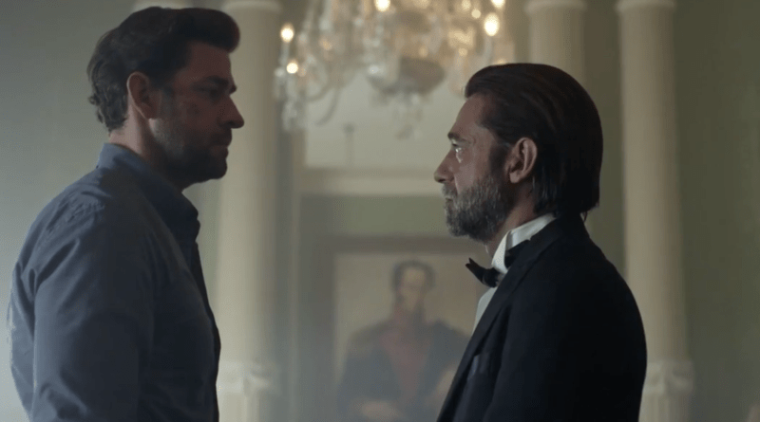 John Krasinski, as the titular character Jack Ryan, is perfect. He plays the stoic faced valiant hero to the galleries. As a man, who is on a mission seeking revenge for his friend’s murder, he looks, walks and talks the part. From the self-doubting person who ended up killing dreaded terrorist Suleiman Mussa in Season one, he has metamorphosed into a confident suave man, who doesn’t think twice, before he shoots people’s faces off. Surprisingly his love interest from season one, Dr Cathy Mueller, played by Abbie Cornish is not seen in the new season, in fact, there’s no mention about her at all. Jack is seen to be involved in a one night stand with Harriet, which proves crucial in the subsequent episodes.

The series regular Wendell Pierce is back as Jim Greer and does well. The surprise this time is Micheal Kelly, who plays the CIA station chief Mike, located at Venezuela. Kelly, as the twice-divorced from the US Ambassador to Venezuela, grows up from being a comedy relief to a man, who finds his mojo, amidst of a mundane and dead beat cop job. Noomi Rapace joins the cast as Harriet who becomes a pivotal angle during Jack’s investigation. Tom Wlaschiha plays the deadly contract killer Max Schenkel and in his somewhat short appearance, leaves a deep mark. Arnold Vosloo, who played Imhotep, the egyptian priest in the blockbuster ‘The Mummy’ (1999) is back after a long time. 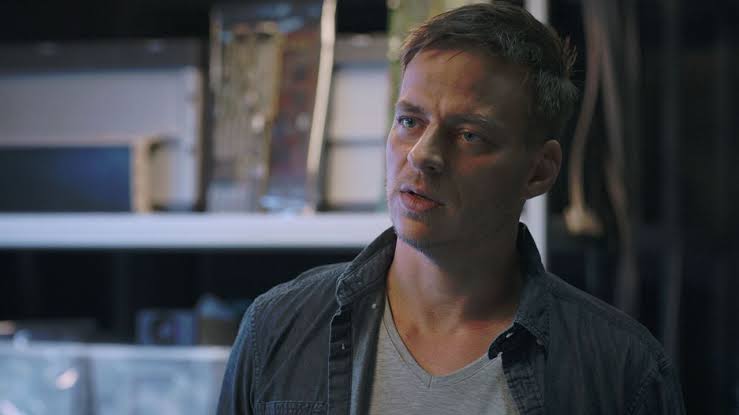 Things that don’t go well this time, is the character development of Jack Ryan. In Tom Clancy’s book as well as the Harrison Ford starrer ‘Patriot Games’, Jack Ryan is seen as an everyday man, who’s forced to up his game, as calamity strikes the nation, in the form of impending nuclear warfare or conspiracies to topple the government. In season one, this was evident. However, in season two, Jack looks like a super-soldier, who goes on a trigger happy mode, shooting everyone on his way. A political thriller, where the incumbent president is shown as the antagonist from frame one, it was quite evident that there’s a bigger player involved in the game so the twist in the end, doesn’t come as surprising as the makers would’ve liked it to be. Some clever writing there would’ve done wonders. After all, there has been ample amount of spy series who’ve dealt in this genre and have shown better ways to write a climax with a twist. Let’s hope the makers do justice in the third season, which recently got renewed by Amazon.

Overall, if you’re an adrenaline junkie and looking for some mean action, ‘Jack Ryan’ – Season 2 may just be enough for you. A good watch!