Did I ever think I would discuss Adam Sandler in the same sentence as the Academy Award? Did I ever think I would be comparing Sandler’s jittery, electrifying performance to the great seventies work of Al Pacino and Robert De Niro? Straight up, no I did not. Understand it is not that I am of the opinion Sandler cannot act, he most certainly can. His performances in ‘Punch Drunk Love’ (2002), ‘Spanglish’ (2005) and especially his heartbreaking performance in ‘Reign Over Me’ (2007), have proven for all of the time, the man can handle intense dramatic roles. 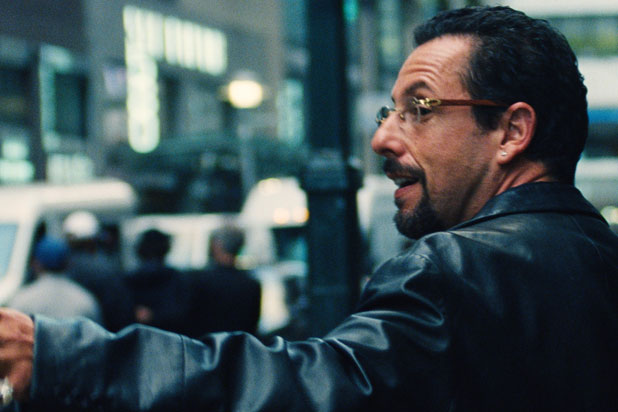 I love it when an actor proves me wrong and delivers a performance so unexpected, so brilliant, it obliterates all my preconceived notions about them. What Sandler accomplishes here is career-altering, galvanizing. His work reaches in and smacks your soul, he would not stroke it, no, he would give it a smack to let you know it was him. You just cannot take your eyes off him, he so beautifully dominates the film with a performance of absolute purity. As Howard, the brash, alarmingly hyperactive, intense, deceptive, schemer and degenerate gambler, in this new film, Sandler is simply magnificent giving not just one of the best performances of the year (maybe the best), but the defining moment of his career and a piece of acting for the ages. Yep, Adam Sandler, that Adam Sandler! 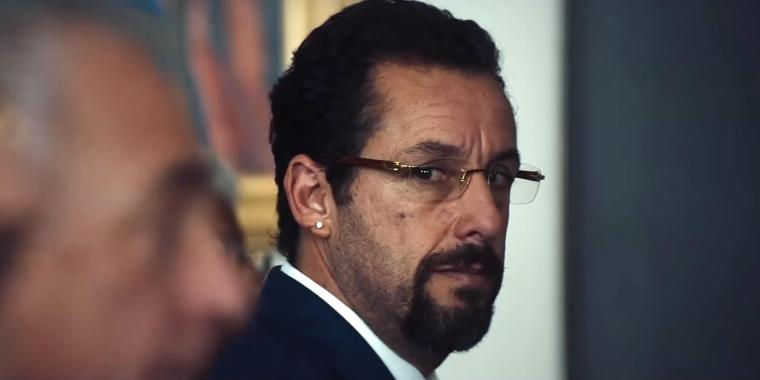 His work in the film reminded me of Al Pacino in ‘Dog Day Afternoon’ (1975), that same intensity, always in motion, paranoid but thinking he was in control but deep down knowing he was not, that kind of exceptional depth. Howard is an angry guy, he must be to always be scheming as he is, to do to the people he loves what he does to them. And beneath the bombast of the character is that seething rage that Sandler can do so well. Forget every childish comedy he ever made, this guy is an actor, the real deal, and he delivers a simply astonishing performance. There is nothing subtle about Howard, nothing like the work Sandler did in ‘Reign Over Me’, a powerful portrait of denial and grief. That said there is something quiet in his eyes, something always at work, the mind whirring with activity as he tries to stay a couple steps ahead of debtors and those he has betrayed. Coming out of the screening room at TIFF this past September, I felt assaulted, but I was very aware of the genius of the Sandler performance. 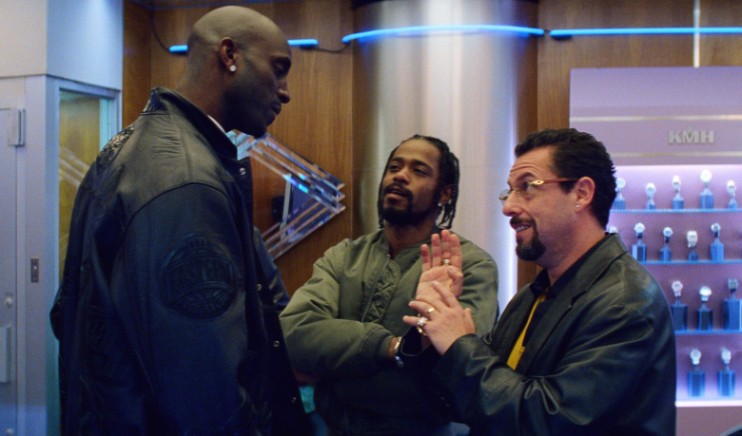 After loaning a spectacularly valuable gem to former NBA star Kevin Garnett, portraying himself, Howard goes into full panic mode when the Jewel is not returned on the agreed-upon time. Knowing it represents his ticket out of debt, he becomes a hurricane or rage, of activity, trying to make right a terrible situation. It becomes clear just how bad when he tells his wife, who is in throes of divorcing him to get their kids out of their home. Knowing he walks in some very dangerous circles with some very creative killers, he is scared but does not show it, instead always trying to work it out to his advantage. 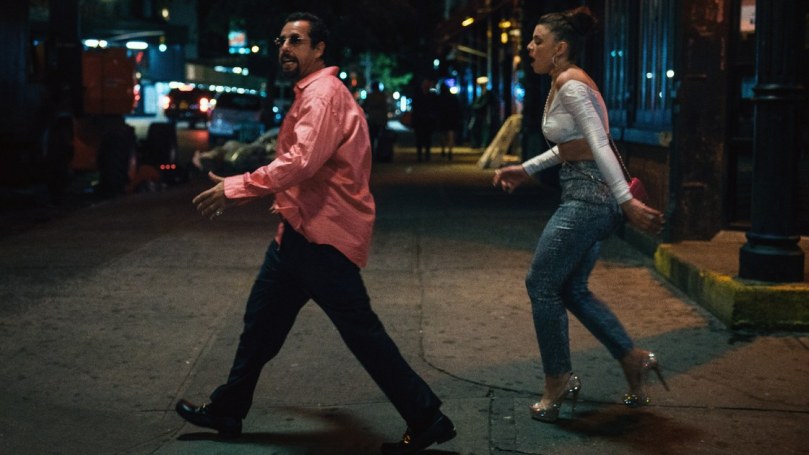 Sandler gives a towering, triumphant performance that critics have championed since TIFF. Unpleasant to experience? Yes, but so was De Niro in ‘Raging Bull’ (1980) or Charlize Theron in ‘Monster’ (2003) but no one complained but instead gave them Oscars. Forget it is Adam Sandler, forget about every lame movie he made in the nineties and his recent foray into family films. Watch Howard, just Howard and, like me, come away astonished, galvanized in some way. Watching him was like watching Chaplin as the serial killer in ‘Mr Verdoux’ (1947), Robin Williams in ‘Awakenings’ (1990), Rodney Dangerfield in ‘Natural Born Killers’ (1994) or Eddie Murphy in ‘Dreamgirls’ (2006). Sandler is electrifying and absolutely deserves to be nominated for an Academy Award as the best actor.

Will the Academy have the guts to do it?

The Safdie Brothers, Benny and Josh give the film a hyperkinetic energy with the constant motion of the camera, something they employed to great advantage in ‘Good Time’ (2017) their film with Robert Pattinson, the first to suggest there was so much more to him than meets the eye. A pounding, driving score is heard throughout and Further brings great energy to this powerful work. Set in New York City, some of it in the madhouse of the jewellery exchange, there is already a ferocious energy to the place. They manage, incredibly, to ramp it all up. The directors are fearless in exploring the darker sides of humanity, plunging us into an ugly, grim and dangerous world. It is a journey I would take with them again, in a New York minute.

Another knockout from, guess who?

Suffice to say, they have arrived.