Our correspondent John H Foote writes the review from the ground zero of #TIFF2020 Three Time Academy Award-nominated actor Viggo Mortensen, both acts and directs in this strong film, his […]

Three Time Academy Award-nominated actor Viggo Mortensen, both acts and directs in this strong film, his directorial debut. The actor is among the greatest of his generation, nominated for Academy Awards as Best Actor for ‘Eastern Promises’ (2007), ‘Captain Fantastic’ (2016) and most recently in ‘Green Book’ (2018). Mortensen was deserving of further nominations for Best Actor in ‘A History of Violence’ (2005) And should have won Best Actor for ‘The Road’ (2009). No question he deserved nominations for Best Supporting Actor for ‘The Lord of the Rings: The Return of the King’ (2003) and in ‘A Dangerous Method’ (2011). Of the finest actors working today, Mortensen is easily the most underrated, possibly the least appreciated. With ‘Falling’, which he directed, wrote, scored and took a strong role, he proves to be a generous artist, handing Lance Henriksen the role of a lifetime. 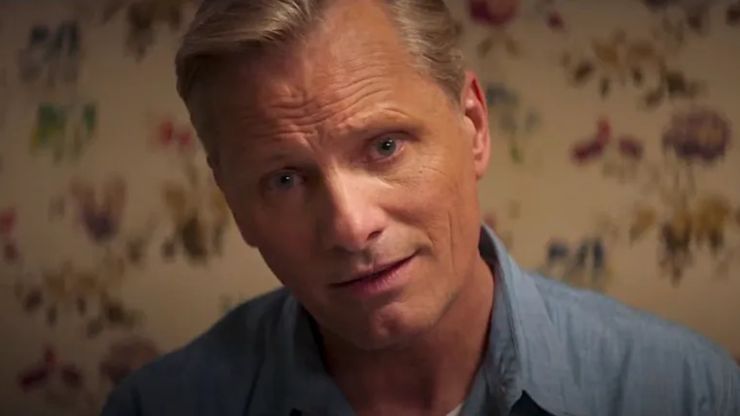 The non-linear storyline moves back and forth through time as we are introduced into the strained, testy relationship between Willis (Lance Henrikson) and his son John (Mortenson).  Willis, in his late seventies to early eighties, is in the throes of dementia which seems to make worse his abusive homophobic racist slurs. The old man is like a rattlesnake, crouched, wary, ready to strike, his eyes laser-focused but sometimes clouded with confusion. It is thrilling to watch Henrikson, now an eighty-year-old doing the finest work of his career, portraying an intensely dislikable man, who constantly attacks and berates his adult son. Clearly, John resents his abusive father but does his best to forgive, to see past the coiled fury of the old man, mostly because he recognizes what is happening to his father is not his fault. Or is it? Through flashbacks, we see that a John has always been a controlling bully who truly dislikes most people and feels betrayed by anyone he perceives having done him wrong. 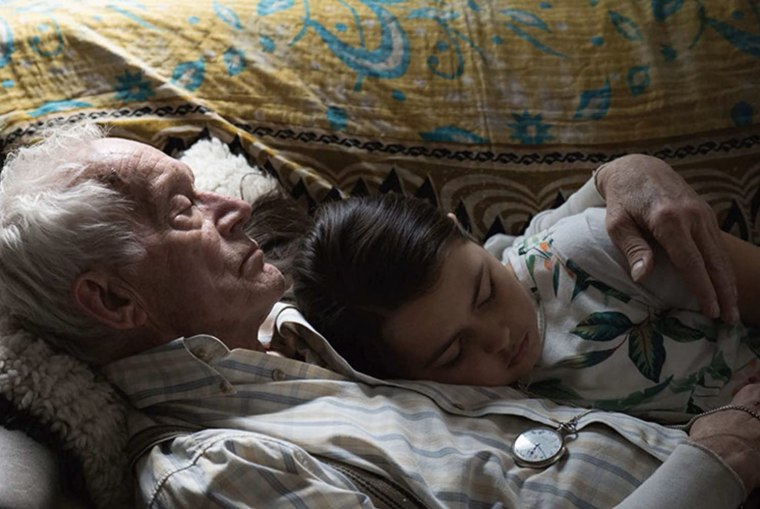 Portrayed in young years by an older Timothee Chalamet lookalike, Sverrir Gudnason, the actor is tremendous in portraying an abusive bully, who drives his first wife away with their children, marries again, driver his second wife away too. He is frankly, a monster who is despised by his children, and I suspect lives with a self-loathing even he does not understand. Willis, now old, has come to Los Angeles to hopefully live near John and his husband because he is failing and can no longer bear to live on the farm. His bouts with slipping in and out of dementia are frightening to him, as in his mind the dead are often alive, and his rants have become worse (if possible!) as he lashes out at whoever is near him. He taunts John with vile homophobic attacks, in front of his husband, and his daughter often speaking in the vulgar terms. John has promised not to take the bait, and will not engage with his abusive father. Despite everything he says and does to his son, John loves his father, somehow he has a love for him even after everything his father has done to their family. John watches in horror as the old man attacks his grandchildren, his daughter, everyone who loves or tries to love him. Finally back at his farmhouse after refusing to remain in LA, father and son, get into it, exploding with anger and rage over everything they have experienced. Horrible accusations and terrible truths are thrown out, but the next morning they have coffee as though nothing as happened. Is all forgiven or are they like any other family who forgives but do not forget, ever.

Henriksen has been a reliable character for years, appearing in a TV series I loved called ‘Millennium’ (1996-1999) where he portrayed a gifted psychic helping to solve crimes. Though he has been in many films, he has never had a role like this and gives a tremendous, real performance. You can see in his eyes, the clouds fogging his memory or the clear-eyed hatred towards gays or minorities. He is by all accounts a vile human being, but his son loves him or wants too. Mortensen has a lesser role though he conveys the pain he is feeling in his efforts to love a man who despises what he is. Where Mortensen shines is as a director, generously stepping back to allow all the other actors, Henriksen especially to shine. His film has an austere feel to it, much like an Ingmar Bergman film, moody and darkly intense. The director also scored the film and played the piano for the score. Where do his gifts end?

With the right support from the studio, the film could ease its way into the Oscar race, but getting the film seen is paramount. It is a tough, demanding film, superbly acted. The writing and flashbacks are sometimes problematic in the leaps back and forth, but overall Mortensen crafted a very good film.