Skip to content
Badlapur…. An Eye For An Eye.
Bollywood

Badlapur…. An Eye For An Eye.

What would you do if your entire family gets wiped out in one chaotic accident? Would you forgive the men responsible for it? Or would you wait for an entire […]

What would you do if your entire family gets wiped out in one chaotic accident? Would you forgive the men responsible for it? Or would you wait for an entire lifetime, to take revenge ??

What would you do if your carefully crafted plan to rob a bank goes haywire and transforms into a mad killing spree, with you going to prison for really a long time, with the money left behind? Would you stop thinking about it ? Or would you wait for 15 long years to get your hands to that fortune ??

What would you do if your credentials about being one of the most successful exponents of the thriller genre is in despair because your last release bombed at the theatres? Would you lay low ? Or you write one of the unusual scripts to bounce back into lime light?

Ladies and Gents, ‘Badlapur’ is one of of the most amazing byproduct of the neo-noir cinema. Written as a revenge drama, it blurs the line between the righteous and the wicked. It tells us about a story where the a simpleton turns into a murderous soul and a loathed criminal has, his rarely displayed empathy exhibited in moments of total sacrilege.

It starts with a bank robbery going wrong, shot in one of the most unique and innovative angles. The viewers are treated with an theory of obscurity, when probably you are expecting someone to burst into the centre screen. And suddenly from an inconspicuous position, you are thrown into a car. Before you can realise what’s going on, the screen is splashed with gory details of death. Scene after scene, Mr. Raghavan uses the trick of giving importance to the less travelled path and the viewer in an attempt to understand the thought behind it, gets played again and again. For the entire timeline of the movie, the viewer keeps searching for those clues, inter-spawned within.

Looking for revenge for his family’s death, Raghu moves to Badlapur from Pune, waiting for his enemy to get released from prison. The name synonymous with revenge, is actually a real place where Shivaji Maharaj used to change (Badla in Hindi) horses when he moved across the region. In the movie also, Raghu changes from a simpleton to a revenge seeking, cold and manipulative man. His transformation from a boy to man is amazingly portrayed and Varun Dhawan, the new age lover boy, transgresses into an intense person, with radical extremity. Truly bravura performance !!

Like a true chameleon, Nawaz hides his true self, behind the veil of his persona. Portraying the chief antagonist Layak, which’s again a play on his Na-Layak or unworthy, loathing persona, he is a revelation. Time and again, he keeps on proving why he’s one of the best actors in the country today. Layak spends 15 years behind bars keeping his desire inflamed for the stolen loot with various attempts to get out of the prison. Here, Mr. Raghavan keeps the audience engaged with Layak’s antics, to show how loathsome a person can be, only to spring a delightful surprise at the end portraying his vulnerable yet peculiar humane self. 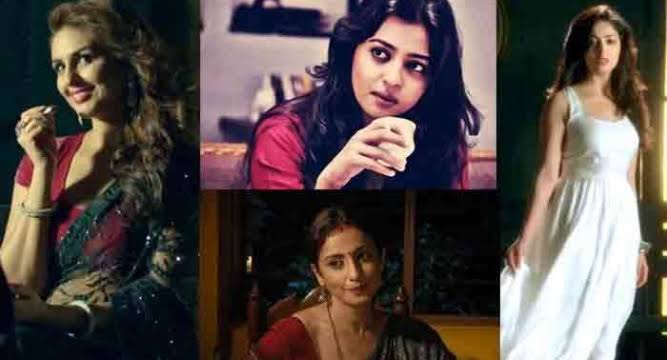 Like a cherry on the top, the assorted female star cast brings top performance to the table. Huma Quereshi and Radhika Apte are brilliant in their respective roles. Huma is becoming an much envious actor as time progresses, showing us that her work in ‘Gangs Of Wasseypur’ or ‘Dedh Ishqiya’ was not mere flash in the pan. Radhika, a famous name in Marathi Film Industries, is a revelation, particularly in a scene, where she has to fake an orgasm. Sriram brings an amazing tour de force into the screen by giving such feisty roles to the women. Yami Gautam is given a very smaller yet the role of a catalyst character and she does well. Divya Dutta is sincere in one of her rare blink and miss roles. But the scene stealer, ladies and gentlemen, is Ashwini Kalsekar. Playing a minuscule role of detective Joshi, in the larger context of the movie must have been difficult but boy, does she sparkle !! Starting from a wonderful homage to the yesteryears ‘Golmaal’, Ashwini brings her best when she gives her inputs regarding the prostitute (Huma) to Raghu with a sarcastic view towards her own job. Sample this –

Shot brilliantly, Badlapur is the movie to watch out for. Expectedly, Sriram uses violence as a tool to drive his point home. Defiling women, using brutal force to kill characters and usage of sexual imagery might be cringeworthy to some viewers, but it does bring authenticity to the story. Similarly humour at most unusual places of the movie, surprises the viewer pleasantly. Dialogues are well written with equally good background score. Those who are familiar with Sriram Raghavan’s filmography, will be pleasantly surprised with the ensemble star cast.