Horror is a difficult and niche genre. Difficult, because it’s really hard to pull off a scary fest in front of an audience who have been fed with years of […]

Horror is a difficult and niche genre. Difficult, because it’s really hard to pull off a scary fest in front of an audience who have been fed with years of faux scares, courtesy the Ramsays. Niche, because very few people know how to do it right and half-baked attempts by the self-anointed chief of horror films Vikram Bhatt and his ilk, have set the bar really low. So does ‘Pari’ is another of the similar sorts? Well, I thank the lord that it isn’t. These are exciting times for Indian cinema and people like Prosit Roy and Anushka Sharma take a calculated risk with a story that could’ve been told badly had it been somebody else. Pari is a story to be seen, felt, creeped out and loved.

At Kolkata, Arnab and his family, accidentally run over an old lady while coming from a trip. During the investigation, the police discover the old lady’s daughter, chained to a post, living like a savage. Ridden with guilt, Arnab shelters her in his house, unknown to the world. Rukhsana, as she’s known as, keeps seeing a bloodied, devilish form of hers around the house, which she’s terrified of. Hundreds of miles away, at Dhaka, Bangladesh, a professor Qasim Ali gets news of this accident and a sinister scheme of events starts. Watch the movie to know the rest.

The debutant director Prosit Roy keeps the cards close to his chest. So things unfurl slowly. But he does it well to ensure that everything that’s shown on screen, eventually connects. No untied strings, no loose ends. Writers duo of Abhishek Banerjee and Anvita Dutt, a pat on the back for an exquisite work. The cinematography is of top-notch, as it blends the old city of Calcutta into the narrative quite nicely.

Parambrata Chatterjee does well as the guilt-ridden man responsible for Rukhsana’s misery.  The close shots bring out a certain vulnerability through his eyes, unable to comprehend the state of affairs. Debutant Ritabhori Chakraborty looks radiant. She plays a small role as Param’s fiancee, but it never seems one. Her backstory, enacted mostly in visuals brings a lump in the throat. Rajat Kapoor as professor Qasim Ali gives menace a new face. But ‘Pari’ belongs to the queen bee Anushka Sharma. What a phenomenal performance! She brings out her A-game as the disturbed Rukhsana whose life is both cruel and sad. She’s both beautiful and sinister, at the same time. 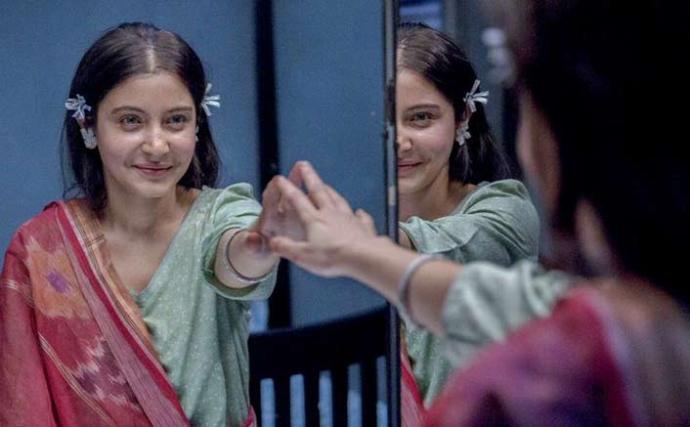 ‘Pari’ may or may not appeal to you, considering how big a fan of the genre you are. But more than the horror, it’s the humane story that will make your eyes moist. Stay till the end, to see one of the beautiful end credits. As I walked out of the theatre, I remembered these last lines from ‘King Kong’ ~ ‘It wasn’t the airplanes, it was beauty killed the beast’. And I wondered who’s the beast? The ghastly souls who openly seek for blood or the ones who claim to be humans?

I guess, there are no answers.