Skip to content
Manto Review – The Legend Lives On.
Biography

Manto Review – The Legend Lives On.

The partition of 1947, gave birth to two countries – India and Pakistan. It also sent a message to its inhabitants that they weren’t welcome anymore in the place they […]

The partition of 1947, gave birth to two countries – India and Pakistan. It also sent a message to its inhabitants that they weren’t welcome anymore in the place they used to call home. Across the borders, there was a mass exodus of people and flock. Some of them went voluntarily, thinking the new place will be a home to them. Some had to leave because they weren’t allowed to stay back. Amidst the crowd of leaving people, perhaps humanity also went missing. Trains which started with people boarding, reached their destination, only the people had turned to corpses. Women, children, elders nobody was spared from the horrors that had spilled on earth. As if even the gods had turned mute spectators to the heinous crimes unfurling on countless innocents.

Manto saw everything. And he wrote about it. The more atrocities he saw, the more venomous his pen became. His stories held a mirror to the readers, which was more than often, an ugly reflection of a morally decrepit society. For making the society aware of its true self, he also had to face their wrath. Tried six times in the court of law, for the charges brought against him, on the account of obscenity in his articles, Manto came unscathed at the end. But the very partition against which Manto was so vociferous, became the reason for his destruction. He had to leave his muse, his beloved city of Bombay whom he adored so deeply and settle in Lahore, Pakistan. His articles brought him both laurels and brickbats, the later more in numbers. Broke and desperate, he took to liquor which eventually paved his route to death. At the age of 42, Saadat Hasan Manto, the celebrated poet, author across each side of the border, passed away, leaving his legacy behind. 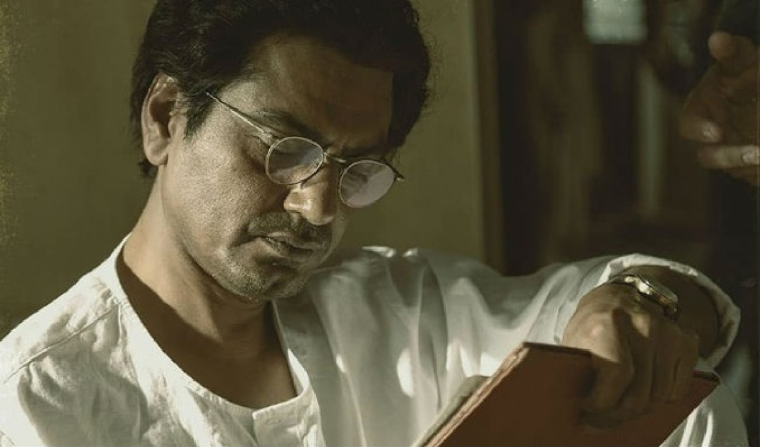 Director Nandita Das explores the enigma behind the man who brought the horrors of partition alive through his articles, in her film ‘Manto’. She brings alive the Bombay of the yore. If you are an ardent fan of the times gone by, then you are in for a treat. The characters from the pages of history begin descending on screen, as we see the playful tiffs between Manto and Ismat Chugtai, the fiery author of the controversial story ’Lihaaf’. Legends of the silver screen Ashok Kumar, K Asif, Naushad discuss work in a party where the famous singer Jaddan Bai walks in tow, with her bewitchingly beautiful daughter – Nargis. Manto, whose life in Bombay was serenaded by his friends in the glamour industry, is shown as a sensitive man, who’s devoted to his wife Safiya. He is indebted to Bombay, for she is his muse. As the partition looms over, Manto decides to leave India but his predicament in leaving his muse is apparent. 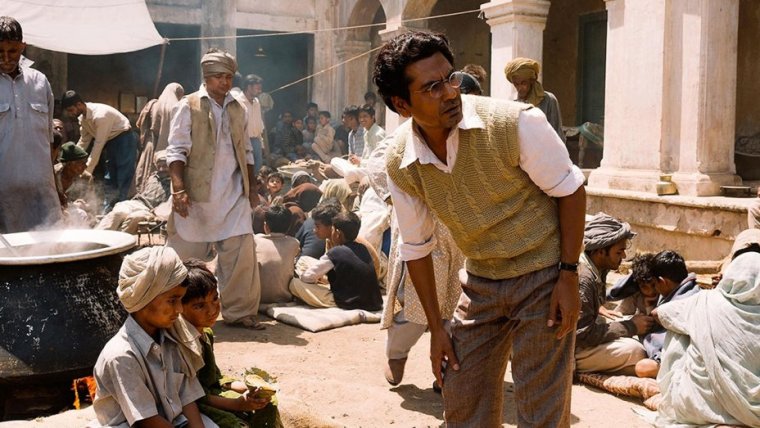 Nandita shows Manto’s predicament effectively in two sequences, one where while travelling with actor Ashok Kumar through a densely populated area of Muslims, afraid of the mob rage Manto starts wearing a skull cap but is prevented by Ashok Kumar as the public recognises him and sets them on the route to safety. Manto is relieved as he feels that the backbone of the country will remain intact and the partition is just a phase. But his dreams shatter as his dear friend, actor Shyam, troubled by one of his relative’s death in the riots, during a conversation reveals that ongoing events may even force him to kill Manto. This makes him re-contemplate his choice of the place to stay and he leaves the shores of Bombay. There also, he sees the after effects of Partition which he keeps etching in his stories. The case of obscenity for his story ‘Thanda Gosht’ (The Cold Meat) breaks him mentally as well as financially. The film shows Manto’s life in phases, interspersed with his stories, which appears as events on which Manto stumbles upon as he relives the horrors of partition. Credit goes to Nandita, cinematographer Kartik Vijay and the maestro Zakir Hussein for his poignant background music for recreating a world, which only now exists in the pages of literature or in the fading memories of the old-timers.

Nawazuddin Siddiqui lives and breathes Manto. An author-backed role, he takes it to a different level through his acting. As a man caught between his artistry and providing for his family, Nawaz delivers a stunning performance. The final sequence as he merges his own self, into the image of Toba Tek Singh is phenomenal! Rasika Duggal plays Safiya, who’s sympathetic to his husband’s state of mind. Safiya is shown as the equal to Manto in every aspect of his life. Together they weave tales and share their lives. Rasika emotes through her beautiful eyes and silently suffers as she sees her husband collapse into a state of madness. Tahir Raj Bhasin as actor Shyam brings authenticity to the role. He becomes the catalyst, for Manto’s decision to leave India. Years later when he realises his folly upon seeing his friend’s condition, his grief knows no bound.

The film showcases a plethora of guest actors, who either appear in a fleeting glimpse or as the characters of Manto’s short stories. Rishi Kapoor, Paresh Rawal, Ila Arun, Tilottoma Shome, Ranveer Shorey, Divya Dutta, Gurdas Mann, Javed Akhtar, Chandan Roy Sanyal, Neeraj Kabi, they all fit effectively into their respective roles, in the world of Manto. A special mention goes to Rajshri Deshpande, who as Ismat Chugtai, is absolutely brilliant. In about two scenes, she exemplifies why the two most controversial authors were so fond of each other. In one of her letters, which Safia reads to Manto, Ismat addresses him as her friend as well as her enemy. It brings a lump to the throat.

It’s an important film for the generation who perhaps doesn’t know Manto. If you don’t know Manto, you’ll get to know him through this film. If you had known Manto previously, then it will make you wonder about the man who walked through the streets of Bombay in flesh and blood and had fallen in love with it. Eventually, it will bring you face to face with a man, who dared to put the shackles on an intolerant society, by stating the inevitable – “If you can’t tolerate my stories, it means the times have become intolerable – Na-Qabile Bardaast!”

Looking at the times now, perhaps we still need a Manto.

P.S – For more on Manto’s Bombay, please read this article-