We take our lives very seriously. And why not, there’s one life only! Our life’s often bound within customs, rituals, different laws that we strictly abide by and seldom question […]

We take our lives very seriously. And why not, there’s one life only! Our life’s often bound within customs, rituals, different laws that we strictly abide by and seldom question their validities. We pray to our father’s gods. We are taught not to question the authority. We are sanitised from choosing the forbidden. But then who or what is forbidden? Isn’t it just a point of view, from a different frame of referennce ? Someone’s truth , is always another’s pretence. A revolutionary for someone, is a terrorist for another. Then, something unacceptable for someone, can that become their way to perceive life, in a whole new light? Can the ‘forbidden’ become ‘life-altering’?

Director Rahul Chaturvedi’s short film ‘Forbidden Tikka Masala’ is the story of Gayatri, a strict vegetarian, who mistakenly ends up eating chicken, at her farewell party. Her world goes topsy turvy as she realises her folly. Haplessly praying to her gods for her innocent mistake, Gayatri somehow cannot forget the delicious taste of the curry. A lifelong vegetarian, she is unable to comprehend the fact that the food which’s condemned by her religion, can taste so good and can even give competition to her culinary skills, which she’s so proud of. In a tryst to find the life-altering chicken recipe, she sets out on a journey of a lifetime. Rest forms the crux of the story, which literally forces her to see her life differently. 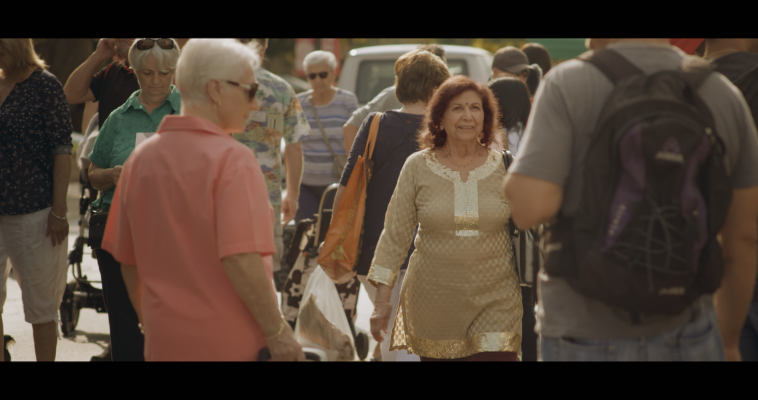 Balindar Johal plays the protagonist Gayatri, around whom the story evolves. Ms. Johal portrays the old school charm in a manner, that’s quite adorable. Her character is modelled after the countless sub-continental immigrants, who find it difficult in adjusting in an entirely unfamiliar culture. The film opens up with the scene of her frantically apologising to her gods and one can see, more than the god, she is apologetic about the self-betrayal. A lonely wife, who doesn’t get the attention of either her husband or son, is often ridiculed by both of them for her fetish to feed the entire neighbourhood, Ms. Johal paints the loneliness of Gayatri quite effectively. She’s on the top of her game.

A word about Rahul Chaturvedi. Having co-written the script with Luisa Alvarez Restrepo, he draws references from his own life. Grown up in a strictly vegetarian family and having seen a number of immigrant families living around his hometown of Brampton, Canada, he takes the biblical reference of Adam and Eve having the forbidden fruit from the tree of knowledge and turns into an interesting take about a vegetarian eating meat. Well shot and edited, it runs for roughly 15 minutes yet manages to keep you engrossed until the final frame, which makes you smile. But as a critic, my duty is to raise questions and I do have one, but it’s more of a request to Rahul – Make ‘Forbidden Tikka Masala’ for the big screen. Flesh out the story, as it has the potential of being something more than a short film.

Watch ‘Forbidden Tikka Masala’, as it releases worldwide in 2019. It’s spicy, delicious and yes, leaves you with food for thought!