Skip to content
In Conversation With John H Foote – The Best Actress Race Gets Crazy !
Awards

In Conversation With John H Foote – The Best Actress Race Gets Crazy !

The Cinemawala sat down with John H Foote, the former Dean of Toronto Film School, a film historian and an avid film critic to discuss the acting nominations for the […]

The Cinemawala sat down with John H Foote, the former Dean of Toronto Film School, a film historian and an avid film critic to discuss the acting nominations for the Academy Awards 2019. Here is the excerpt of the chat –

Team Cinemawala – “So John, lots of surprises this time in the nominations?”

John – “Well, not really. The nominations for the Golden Globes and BAFTA kind of showed the way, how the Academy Awards nominations were shaping up. So, yeah, no surprises really.”

John – “Twelve performances, perhaps thirteen, were being discussed for Best Actress. Only five names will be read, only five performances nominated, with just a single winner, barring a tie as we had in 1968. It is genuinely thrilling to see so many great performances from women, but more to see so many great roles being written for women. There have been years when the Academy has truly struggled to find five nominees…no more. The time of women is upon us.”

Team Cinemawala – “Indeed, it’s the time of women, which is upon us. So which performances, you do think, are sure to win the award?” 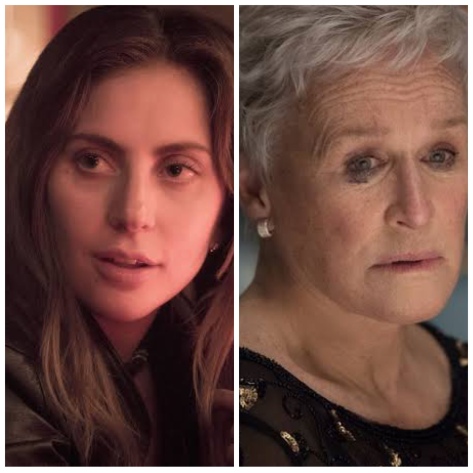 John – “Two performances are locks, Lady Gaga, for her luminous work in ‘A Star is Born’, and Glenn Close, seven times nominated, never a winner, for ‘The Wife’, arguably the best work of her career. Gaga is truly magnificent as Allie, the young star being born, while Close quietly seethes with inner rage, building through the film to an explosion. Both ladies are the hands-down frontrunner to win the Oscar.”

Team Cinemawala – “Well, what do you think about the other nominations?” 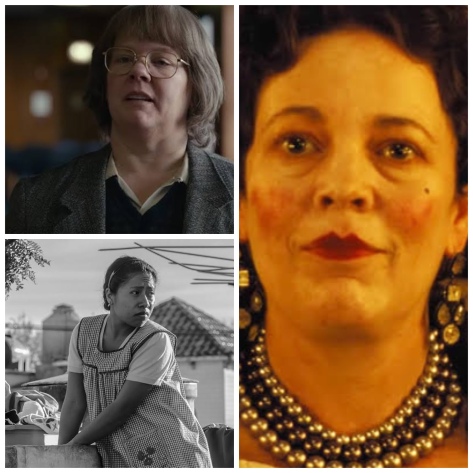 John – “There are others, who are frontrunners. For her splendid performance in ‘Can You Ever Forgive Me?’, comedy star turned dramatic actress Melissa McCarthy, likely belongs in the lock category, but I am going on gut feeling here. Right now the studio campaign has her as the lead for her wacky Queen Anne in ‘The Favourite’, but Olivia Colman as lead, might bump Emma Stone, the true lead, and spectacular, to supporting, but so long as they are nominated, right?”

Team Cinemawala – “What about Yalitza Aparicio?”

John – “Yalitza Apricio might get in for ‘Roma’, but I think the Netflix stigma will hurt her.”

Team Cinemawala – “John, do you think, others who didn’t get nominated, had a chance?” 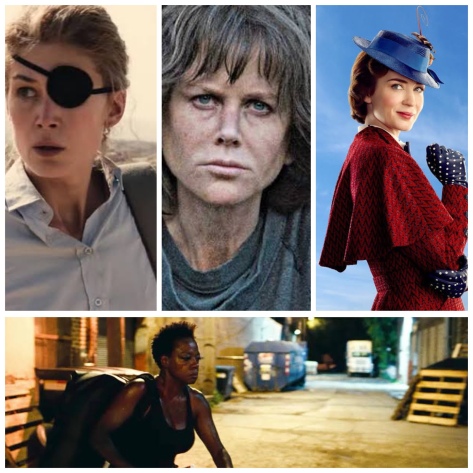 John – “Well, there are some performances to talk about. Viola Davis should have been nominated as the frightened-though-fearsome leader of a gang of widows in the crime heist thriller ‘Widows’. Beloved within the Academy, I cannot see her not being nominated! I also believe Nicole Kidman should have been here for her lacerating work as a cop seeking revenge in ‘Destroyer’, the lady is a revelation. Rosamund Pike could have crashed into the nominated five for her superb performance in ‘A Private War’ in which her stunning performance elevates the film to another level. And finally, Emily Blunt has been burning up screenings in ‘Mary Poppins Returns’, and should not have been counted out.”

Team Cinemawala – “John, which performances, you think, could’ve been the dark horses for the awards this year?”

John – “Julia Roberts should have been in for ‘Ben is Back’, and is well-liked enough to do so. I personally cannot see it, but she is Julia Roberts. Though released way back in May, Charlize Theron is so good in ‘Tully’, I wanted her to get nominated for her brave, gutsy performance. And finally, the lovely Amanda Stenberg, who has years ahead of her, could have been up, for her wise beyond her years performance in ‘The Hate U Give’.”

Team Cinemawala – “Whew! Those are some performances that could have been a real challenge to the final five. Thanks, John, we look forward to the next time when we chat about the Best actor nominations” 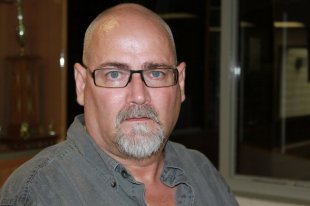