Anthology. The term is given to a collection of stories, poems or interconnected tales. Director Anjan Dutt’s anthological take on love, is flawed yet tries really hard to sell the fact that at times, love really doesn’t have to have a true definition. It can happen to anyone irrespective of the gender, age and circumstances. I say, it tries hard because it does not come up as convincing. Telling three stories, named ‘Insomnia’, ‘Arthritis’ and ‘HIV Positive’, Mr. Dutt intertwines them through different times and layers, eventually bringing them to culmination at a singular point. It may have looked great on the script level, but while executing the three at one go, it struggles to get to the narrative as a whole. And that’s the biggest problem from which the film suffers from. 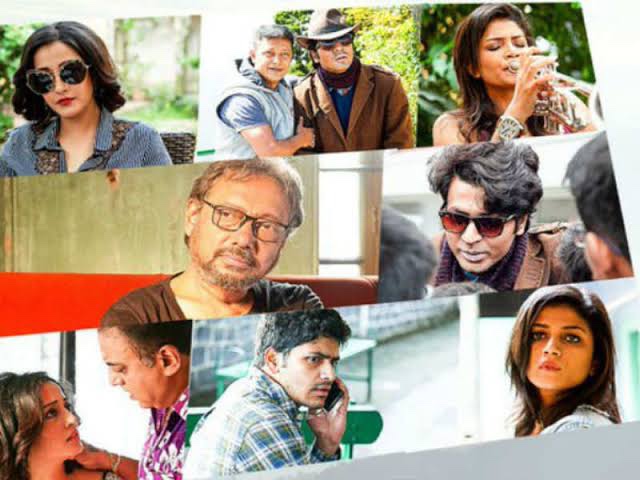 The movie begins with ‘Insomnia’. A young man, who gets posted as the secretary of an affluent businessman, witnesses him physically abusing his wife. Unable to withstand the harassment meted towards her, he along with a friend of his, comes up with a plan to free her from the clutches of her husband. The film moves into the second story, ‘Arthritis’, where a young woman and a middle aged man strike up an unusual bond over Jazz. The third and perhaps the most intriguing story of the anthology, ‘HIV Positive’ is about a dying man in a hospice at a scenic Darjeeling, spending his last days with a man, who is appointed to nurse him. To be honest, all three stories start with a promise of being engaging, only to be left disheartened with at least two of them.

Like every Anjan Dutt film, this movie also employs the various tropes of a slice-of-life film. A young Jazz player, distraught over the usage of modern music, a physically abused wife looking for solace, a dying man who wanted to be an actor, an aspiring boxer who lost out on oppurtunities, they all set the audience for a deep look into the human psyche. But the flaws are too evident. ‘Insomnia’ has Arindam Sil as the battering husband, who looks menacing yet has an oft-repeated phrase of ‘reflex’ that puts you off. Sourav Das, as the musician and partner in crime of Bibek, the protagonist of ‘Insomnia’ , speaks in Hindi with an atrocious diction. Frankly, that’s the beginning of the phase when the audience fails to connect with the narrative. It continues with ‘Arthritis’ where Mr Dutt himself plays a major part. His story with a Gen-X musician, who’s battling her own existential crisis, begins well and then looses steam especially her falling in love with a middle aged arthritis ridden man, doesn’t come out too well. As an audience, one becomes quite desperate to understand the futility of the stories, when, like a boon in disguise, Anirban Bhattacharya hits the screen, with the third story ‘HIV Positive’. 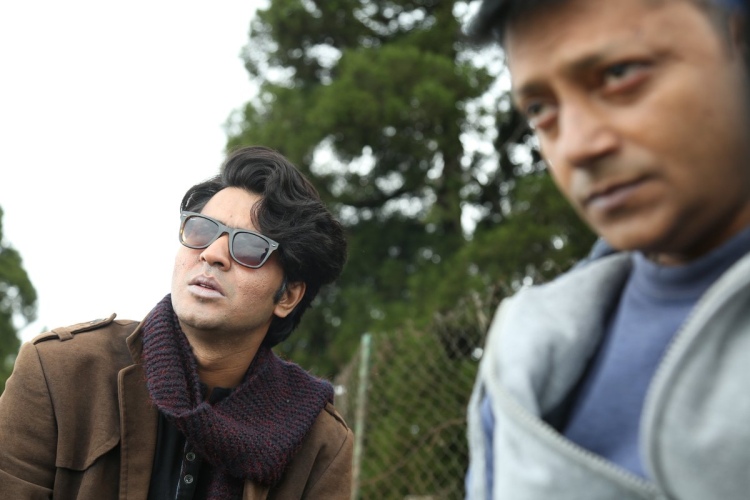 There are very few actors of recent times, who can hold an audience entirely on the basis of their performances alone. Anirban is one of them. Impeccable screen presence, arresting looks and acting par beyond excellence – Anirban has it all. Playing a homosexual is not easy and many mistakenly associate effeminacy along with it. Anirban, he plays it up, with a icy disdain. He sheds down all inhibitions and comes up with an immaculate portrayal of a man on death bed, yet having an urge to live an entire lifetime within those few last days of his life. Suprobhat Das, who plays the man nursing Anirban, plays the perfect foil to the ailing man. To be honest, this is the story that acts as a glue to the narrative. Rest of the actors pale in comparison to Anirban and Suprobhat. Arjun Chakrabarty fails to live up to the expectations. Raima Sen could’ve done better but doesn’t have much to do, with a role that’s so underdeveloped. Sauraseni Mitra, who slowly, is getting typecast into the broken/drunk roles does well for her part. One really wishes to see her in a more upbeat role. The girl’s got spunk, if only someone capable enough cares to notice it! And finally, Anjan Dutt, the actor disappoints more than Anjan Dutt, the director.

Background music plays a great role in alleviating the mood. Songs like Koto Koto Mon, Chilley Bondhu and Socha Hi Na Tha are the pick of the tracks, courtesy of Neel Dutt. The scenic Darjeeling is well captured courtesy a brilliant cinematography which at times go jarringly bizarre, when it comes to capturing the interiors of Anjan Dutt’s house in the story ‘Arthritis’.

Watch it only for Anirban Bhattacharya’s performance. The man is a star !