Undergraduate college is a wonderful phase of life. In the garb of providing education, it also teaches us facts of life. Some bitter, some honest, but often real. Pundits say […]

Undergraduate college is a wonderful phase of life. In the garb of providing education, it also teaches us facts of life. Some bitter, some honest, but often real. Pundits say the age after adolescence is always impressionable and choices at this age, usually dictate the terms in life. So anything that happens in this phase always tends to stay with you. They kind of make a permanent residence in the headspace. More so, because the friends that you end up making. Eventually, the memories about college become those happy moments that you spend with your friends. Many years later, when you reminisce about the old days, these memories spurt around to make you smile. Director Nitish Tiwary’s ‘Chhichhore’ is that kind of film. 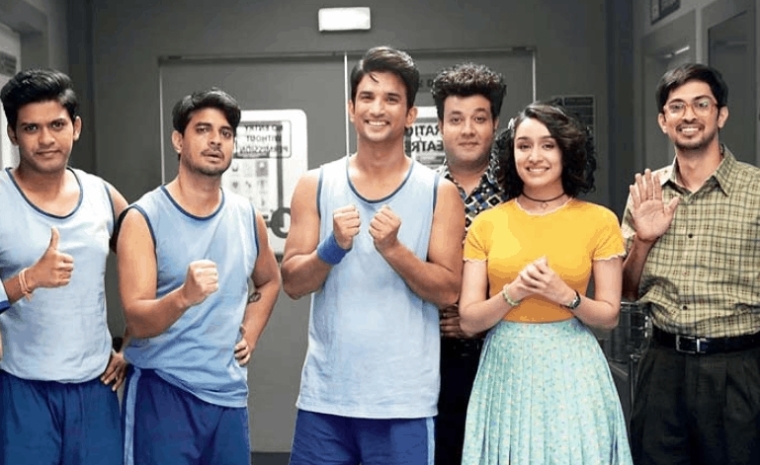 College sweethearts and currently estranged couple Aniruddh and Maya get the shock of their lives, when their only son Raghav, attempts suicide, for not being able to pass the Engineering entrance. Battered, bruised, comatose Raghav’s body stops responding to medicines, which makes a desperate Aniruddh call his old college buddies, known as ‘The Losers’. As Raghav battles his imminent death, we go back to the days, when Anirudh and his band of losers spent the happiest days of their lives.

From the trailer, if the film looked like a tried, tested formulaic movie, let me tell you, it is not.  Shot in a real engineering college, it retains the authentic flavour of college hostels, it’s inhabitants and their not so perfect life. Director Nitesh Tiwary, an IIT Bombay alumnus himself, has blended his own life experiences into it and frankly it shows on screen. The camaraderie between seniors and juniors, the funny ragging sequences, the porn addiction of students, the hilarious man woman ratio in engineering college, especially Mechanical and Civil engineering, everything has a stamp of authenticity on it. I can vouch for it, because once upon a time, even I was an engineering student! The dialogues are witty and the college lingo is well captured. The sports sequences are shot spectacularly. 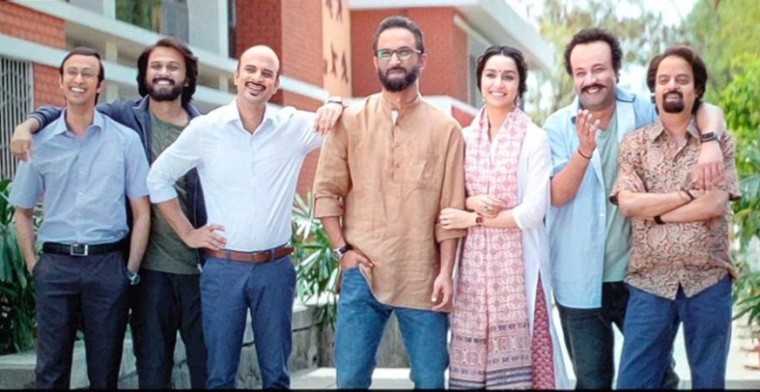 Coming to the not so good part of the film, is the pace. At times, the narrative zips through. But at major plot points, it tends to slog. The actors who also play the elderly, present-day versions of the characters, look hideous in their individual bald cap get ups. The story lacks punch till it reaches the coveted sports tournament GC, which like similar films of this genre, has to be won by the Losers. This sequence, to be honest, is handled in a much better way than the pathetic SOTY-2. The internal flaws of the characters, is not very well defined. In the able hands of a Raju Hirani, or a Imtiaz Ali, this would’ve been phenomenal.

The actors deliver the goods. The leading ensemble cast of Tahir Raj Bhasin, Sushant Singh Rajput, Naveen Polishetty, Varun Sharma, Tushar Pandey and Saharsh Kumar Shukla are on the top of their game. Sushant Singh Rajput plays Anni, around whose life the story revolves. A great actor, he carries the film totally on his able shoulders. Shradha Kapoor plays the token girlfriend, but again this is a film made from the boys angle, so she hardly fits into the narrative other than her scenes. Prateik Babbar plays the typical bad guy and is strictly okay. The music by Pritam is soothing, with Khairiyat and Fikar Not standing out as the pick of the tracks.

‘Chhichhore’ is a fun watch. Though it doesn’t fall into the ‘3 Idiots’ category, it has its heart at the right place. The fact that almost 10 lakh students compete for a handful of engineering seats and there’s no coping mechanism for the ones who fail to handle failure, hits the bullseye. We need more such films.

P.S – Please someone cast Tahir Raj Bhasin in a lead role. The guy’s a freaking star!