Two biceps bulging, handsome hunks, race across the streets of Portugal on BMW bikes leaving the residents perplexed. They must’ve been out of their wits, seeing two Indian agents running […]

Two biceps bulging, handsome hunks, race across the streets of Portugal on BMW bikes leaving the residents perplexed. They must’ve been out of their wits, seeing two Indian agents running havoc in their city, while their own police force behaves as worthless as their Indian counterparts. Flashbacks reveal the agents to be part of an elite force where the now-rogue-then-deshbhakt senior agent used to mentor his young disciple. Oh did I say, both the mentor and the mentee used to gyrate together on Holi songs, like two horny snakes, mating on the top of a post? Well, if you’re ready to ignore all these, then you’re all set to enjoy the first true blue Hindi action film, coming out of Bollywood in a really long, long time. Trust me, nothing will prepare you for this high on style film, where testosterone levels are so opulent and overindulgent that poor Vaani Kapoor is left alone to fend for herself, in a screen time that’s less than 15 minutes. Messers YRF even manage to squeeze in a song and dance routine in those precious 15 minutes. So much for her acting chops!

A senior agent who goes rogue and his young mentee is tasked to be on his heels. This is a proven concept of countless spy movies, where eventually the rouge agent is acquitted of all crimes as he exemplifies bravery by saving his country. All this and some really good twists. To be honest, ‘War’ is not half bad. The action sequences are well-directed and look at par with the Hollywood action flicks such as ‘Fast and Furious’ and ‘Mission Impossible’ franchise movies. Director Siddharth Anand, earlier accused of localizing ‘Knight and Day’ seems to have learnt his lessons this time and comes with a decent film. He keeps the story straight-forward and introduces his twists on time. At 2 hours 36 minutes runtime, the film is a tad longer and some sharp editing couldn’t have done any harm. 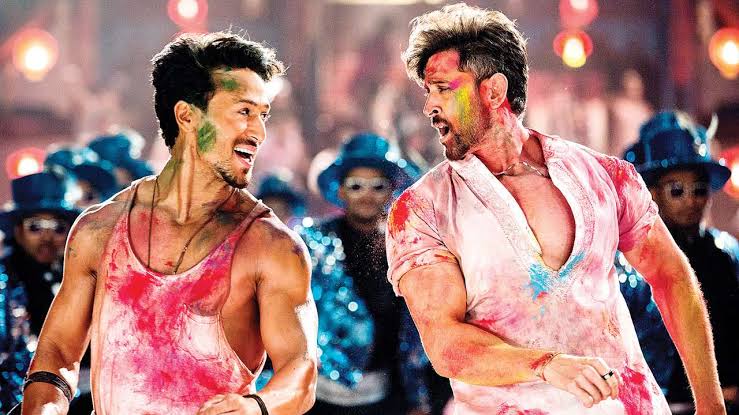 Both Hrithik Roshan and his young prodigy Tiger Shroff do well in their individual capabilities. Honestly, there isn’t much to do in the overall ‘acting’ department and so Hrithik, the better actor between the two, literally sleepwalks in a tailor-made role for him. Tiger Shroff, still holds the candle of hope, in a world where actors like Siddharth Malhotra and Arjun Kapoor co-exist. He matches step by step with Hrithik and frankly, he’s immensely watchable. Ashutosh Rana and Anupriya Goenka, who incidentally gets more screentime than Vaani Kapoor, do strictly well in their roles. Dipanita Sharma and Soni Razdan are wasted in their blink-and-miss appearances. Rest of the ensemble either get bumped off on-screen or nobody gives a shit about them anymore. Music by Vishal and Shekhar is meh. The background scores by Sanchit and Ankit Balhara are terrific and go well with the action sequences, slow-mo walks and anything that has remotely do with the story. Credit actually should go to cinematographer Benjamin Jasper who makes the film look so good.

You know what? Fuck this review and go for ‘War’. Enjoy the muscle flexes and twerking glam boys to the tunes of ‘Jay Jay Shivshankar’. After all, it’s all about loving your triceps!