TVF has been churning out stellar stories for some time now. It has made itself into a solid brand whose core competency is strong storytelling. Shows like ‘Pitchers’, ‘Tripling’, ‘Permanent […]

TVF has been churning out stellar stories for some time now. It has made itself into a solid brand whose core competency is strong storytelling. Shows like ‘Pitchers’, ‘Tripling’, ‘Permanent Roommates’, ‘Kota Factory’ are its flagship shows which have their separate fan bases. Their new show ‘Panchayat’ is soon going to join forces with the other four shows, as one of the premier shows. Pitched as a ‘Mohan Bhargav yet to meet Swades’ kind of a show, ‘Panchayat’ promises you just enough quirk, a dollop full of smile and a little sprinkling of life lessons. Abhishek, an average Engineering graduate, after missing out on lucrative job options unlike his friends, joins the Phulera gram panchayat as the assistant to the Pradhan. Spread among eight episodes, is his tryst with life in a quaint village, its people, their problems and his own effort to score in the CAT exam, for getting into a top-ranked IIM college. 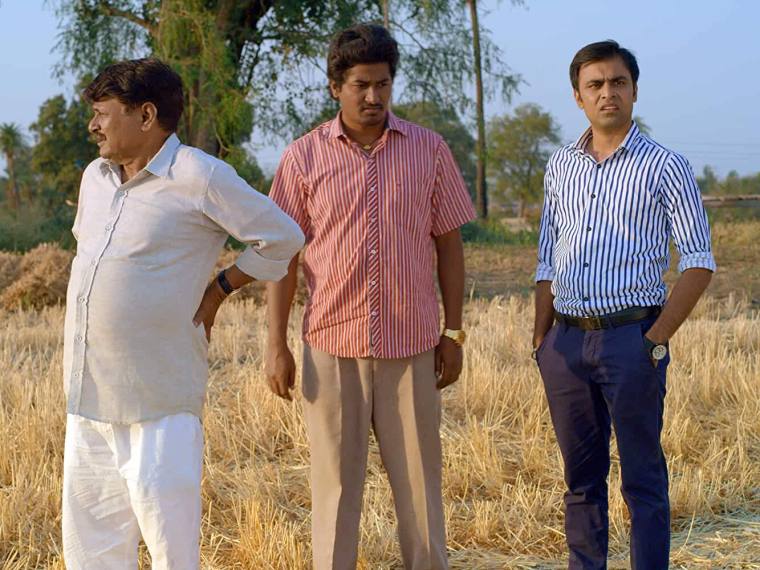 If you’re thinking that this is another ‘Swades’, you’re wrong. Instead of making the leading man fall into love with the simple life of an Indian village, the makers of the show concentrate on the idiosyncrasies and the quirkinesses of the village and make the viewer fall in love with its characters. In fact, the characters are the ones, who are going to stay with you, even after the show’s over. The village Pradhan, excuse me, ex-Pradhan who lost his post to his wife after the Govt decided to reserve the post for female candidates only, his wife who’s much smarter than she looks, the loyal deputy Pradhan and Sahayak aka the assistant to the assistant, these four form the central characters along with Abhishek. Credit must go to the writer Chandan Kumar for etching these characters into flesh and blood. 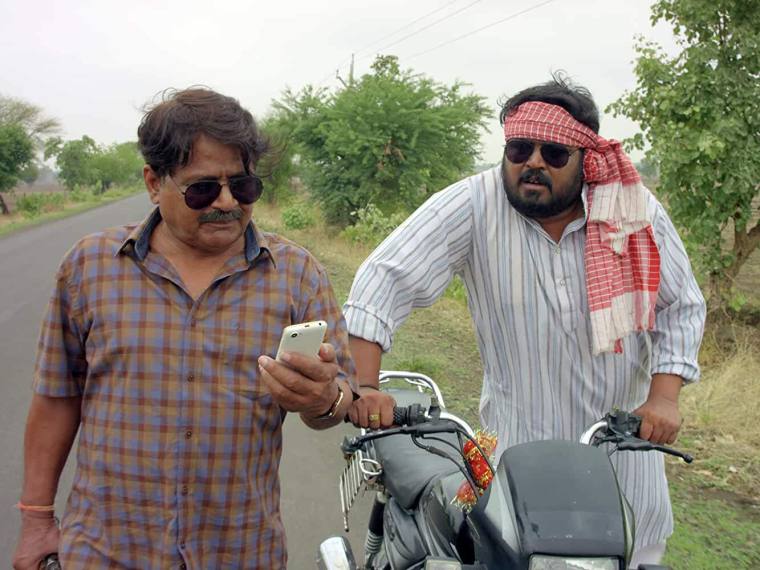 The best thing about the story is, though it appears as the urban Abhishek will become the messiah of the bumbling villagers, the makers ensures it doesn’t fall into the trap. There are eight episodes and each one of them talks about a situation in which the principal characters get embroiled, irrespective of the social issues. Director Deepak Kumar Mishra, who also cameos as village electrician, ensures none of these problems shows up as preachy. His take on rural life politics, the superstitions and the stereotypes are unique and fresh in nature.  Especially the ones about naming the newborn after Akshay Kumar’s son, setting up the lights in what he hilariously labels as ‘Bhakbuk’ or the offended groom on being rebuked as an asshole, not stupid but literally as the hole of the arse!

TVF prides on its actors. Led by the able shoulders of Jitendra Kumar, ‘Panchayat’ hits the ball out of the park by roping stalwarts like Raghuvir Yadav and Neena Gupta. These three actors are ably assisted by Faisal Malik as deputy Pradhan Prahlad and Chandan Roy as Vikas, the assistant to the assistant. Raghuvir Yadav packs punch in his appearance. A good actor is known by his acting, but a great actor is known by the range of his craft. A terrific actor himself, he personifies the character of Pradhan-Pati Ji. Neena Gupta gives a solid performance as Manju Devi, the officially elected Pradhan. She is a force to reckon with, especially in the scenes with Raghuvir Yadav. Jitendra Kumar aka Jitu Bhaiya has become a household name, thanks to ‘Kota Factory’ and his recent outing in ‘Shubh Mangal Jyada Savdhan’. He plays to his strength and comes as an earnest actor. One of the most well-written characters of the show, Jitendra as Abhishek, epitomizes the average guy in school, college and life. While watching him in action, his attempts at CAT reminded me of my own failures and brought a smile to my face. Such conviction is a rarity these days.

This lockdown, enjoy watching ‘Panchayat’. It’s really been a tough couple of weeks and things don’t look promising for the next few weeks as well. We can all use a good laugh about life in general. TVF promises you that.