Captain America aka Steve Rogers, the first avenger, got his superhuman strength from the serum made by the German scientist Abraham Erskine. But the courage, determination and righteousness are all […]

Captain America aka Steve Rogers, the first avenger, got his superhuman strength from the serum made by the German scientist Abraham Erskine. But the courage, determination and righteousness are all Steve himself. The leader of the Avengers, Steve is the man who never gave up on his team. Irrespective of his differences in ideology with Tony Stark, whenever the team needed him, he was there for them. A remarkable hero, a man who had always put his life on the edge to save others, Steve Rogers is pure love. And man, his speeches! Every time Steve delivers a speech, there are goosebumps all around. The Cinemawala went through every Marvel movie that Steve Rogers is in and came up with a list of his best speeches and quotes. Check them out!

When Captain America and Red Skull clash in the epic finale, Red Skull admonishes Steve for fighting for the mortals, with that power, which he could’ve used for conquering the world. Steve gives an epic reply to shut him off-

Red Skull: “You could have the power of the gods! Yet you wear a flag on your chest and think you fight a battle of nations! I have seen the future, Captain! There are no flags!”

Captain America/Steve Rogers: “Not my future!”

To think about this, maybe Red Skull was right. In ‘Endgame’, Captain doesn’t wear any specific nations colour anymore. Prophetic?

Avengers are all set to fight against Ultron. By this time, the world is almost at the odds with them, for their actions. Ultron made their lives even difficult by provoking Wanda and Pietro. At this critical juncture, with the lives of the people of Sokovia at the mercy of Ultron, Steve gets the Avengers ready for their final onslaught against Ultron. He sets them off with this speech –

“All they want is to live their lives in peace, and that’s not going to happen today. But we can do our best to protect them. And we can get the job done, and find out what Ultron’s been building. We find Romanoff, and we clear the field. Keep the fight between us. Ultron thinks we’re monsters and we’re what’s wrong with the world. This isn’t just about beating him. It’s about whether he’s right.”

The Avengers prove him right, as they band together to beat the shit out of Ultron.

Steve is in the lift, surrounded by the Shield Agents. He senses something is wrong from the uneasiness of people around him. From the edge of his eyes, he sees the agents getting ready, some tightening their grips on the weapons, some checking their vantage points. By this time, it’s quite clear to Steve that an attack is on the cards. Being the coolest the way only Steve can be, he calmly says –

“Before we get started, does anyone want to get out?”

Right after this, one of the coolest hand to hand combat sequences ever comes alive on screen! 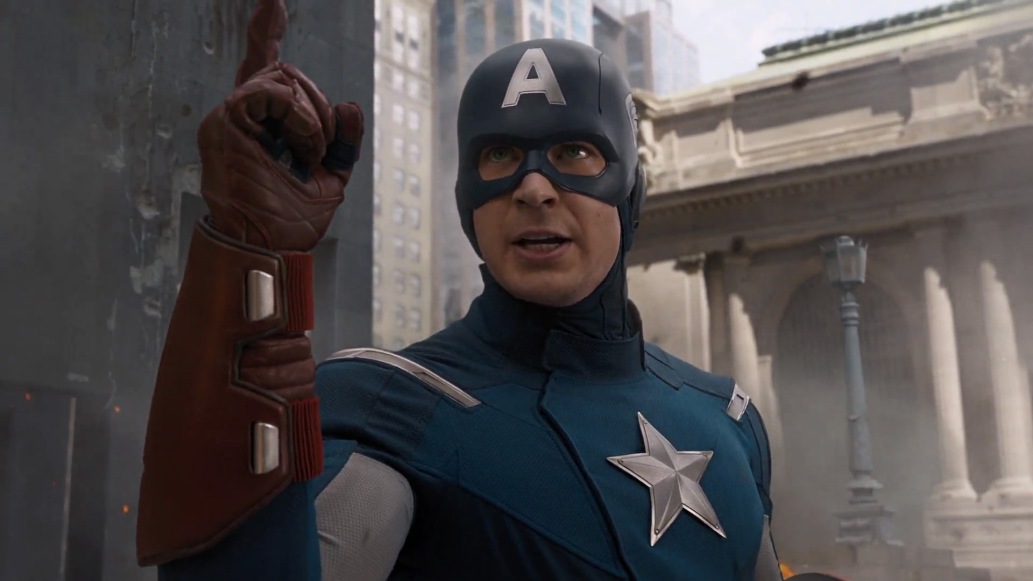 With the Chitauri army raining down on New York, Captain is much relieved to see the core team back together. As Tony nods him to lay out the plan, a reinvigorated Captain tells the Avengers how to counter the alien invasion which ends with this epic line –

“Alright, listen up. Until we can close that portal, our priority’s containment. Barton, I want you on that roof, eyes on everything. Call out patterns and strays. Stark, you got the perimeter. Anything gets more than three blocks out, you turn it back or you turn it to ash. Thor, you gotta try and bottleneck that portal. Slow ’em down. You got the lightning. Light the bastards up. You (Widow) and me, we stay here on the ground, keep the fighting here. And Hulk? Smash!!“ 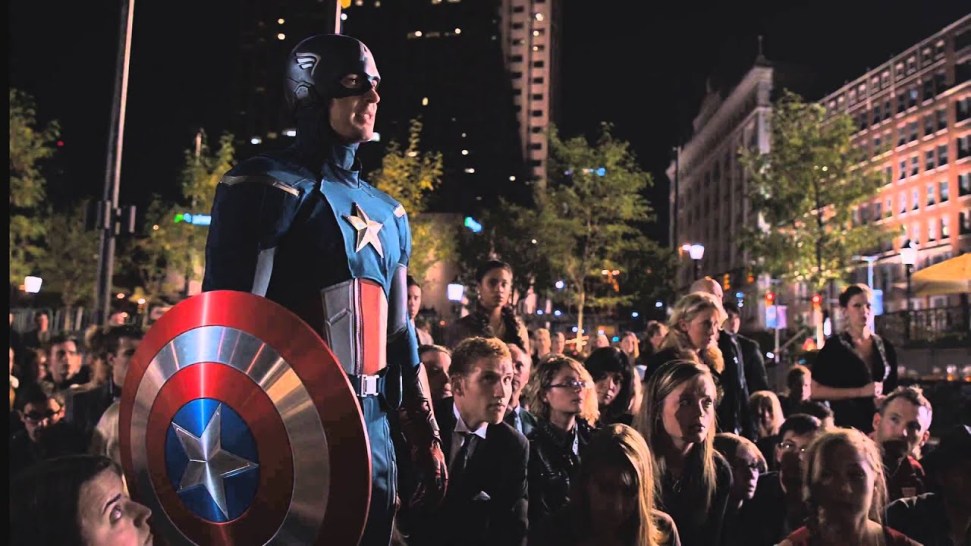 Loki is seen in Stuttgart, Germany. He forces a group of people to kneel in front of him, proclaiming himself as their ruler. When an old man objects, in order to make an example out of him, Loki raises his sceptre and blasts a ray of power, only to get toppled down as Captain America jumps in front of the old man, shielding him from the blast, saying this –

“You know, the last time I was in Germany and saw a man standing above everybody else, we ended up disagreeing!”

It’s a classic nod to both Red Skull as well as the mighty tyrant Hitler!

In the Avengers HQ, Steve walks in to see a dishevelled Natasha Romanoff. He understands that Natasha is completely broken from inside, despite trying to be brave and look for the fallen Avengers. He explains it to her that even he’s trying to overcome the pent up emotions but he’s not being able to. It’s a poignant scene and Cap sums it up with this –

“You know, I keep telling everybody they should move on and grow. Some do, but not us..not us!”

This tells us how badly Captain and Natasha wanted their friends back! 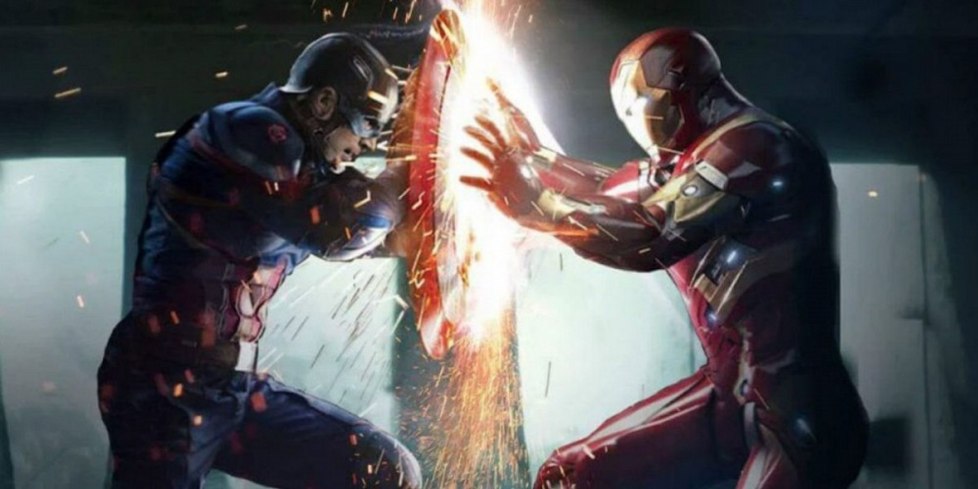 Captain shoots a letter to Tony, asking him to forgive him for not telling him about his parents’ death. Despite their differences, Steve promises that whenever Tony needs him, he will be there. It’s a fantastic note to end the movie.

“Tony, I’m glad you’re back at the compound. I don’t like the idea of you rattling around a mansion by yourself. We all need family. The Avengers are yours, maybe more so than mine. I’ve been on my own since I was 18. I never really fit in anywhere, even in the army. My faith’s in people, I guess. Individuals. And I’m happy to say that, for the most part, they haven’t let me down. Which is why I can’t let them down either. Locks can be replaced, but maybe they shouldn’t. I know I hurt you, Tony. I guess I thought by not telling you about your parents I was sparing you, but I can see now that I was really sparing myself, and I’m sorry. Hopefully one day you can understand. I wish we agreed on the Accords, I really do. I know you’re doing what you believe in, and that’s all any of us can do. That’s all any of us should… So no matter what, I promise you, if you need us – if you need me – I’ll be there.”

With the last line, Captain walks on the scene, with no star, no shield on him. This was his Nomad persona! 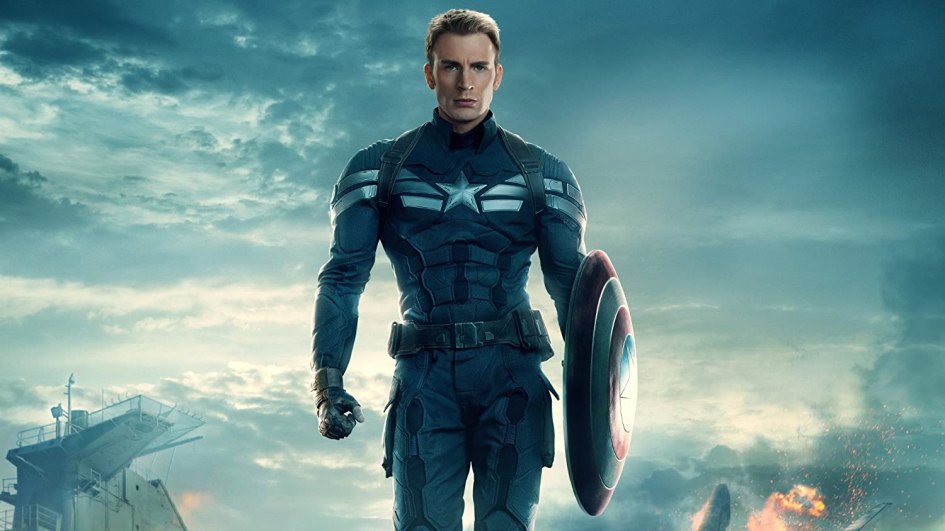 Right before the climactic finale of ‘Winter Soldier’, Steve on the helicarrier, over a PS system, reveals everyone about the role of Hydra inside Shield, especially how Hydra has infiltrated Shield from every corner and now using Shield means to target their enemies. He asks everyone on the helicarrier to stop themselves from being led to evil by Hydra.

“Attention all S.H.I.E.L.D. agents, this is Steve Rogers. You’ve heard a lot about me over the last few days. Some of you were even ordered to hunt me down. But I think it’s time, to tell the truth. S.H.I.E.L.D. is not what we thought it was. It’s been taken over by HYDRA. Alexander Pierce is their leader. The S.T.R.I.K.E. and Insight crew are HYDRA as well. I don’t know how many more, but I know they’re in the building. They could be standing right next to you. They almost have what they want. Absolute control. They shot Nick Fury. And it won’t end there. If you launch those helicarriers today, HYDRA will be able to kill anyone that stands in their way. Unless we stop them. I know I’m asking a lot. But the price of freedom is high. It always has been. And it’s a price I’m willing to pay. And if I’m the only one, then so be it. But I’m willing to bet I’m not.”

This is so riveting even Sam Wilson couldn’t stop himself from remarking – ‘Did you write that down first or was it off the top of your head!’

Before the Avengers get ready for their time heist, Steve rises them up with this speech. This speech becomes the mantra of the group to be successful in their respective missions, at any cost.

“Five years ago, we lost. All of us. We lost friends. We lost family. We lost a part of ourselves. Today, we have a chance to take it all back. You know your teams, you know your missions. Get the stones, get them back. One round trip each. No mistakes. No do-overs. Most of us are going somewhere we know, that doesn’t mean we should know what to expect. Be careful. Look out for each other. This is the fight of our lives. And we’re going to win. Whatever it takes.”

So good this speech is, when it ends, Rocket remarks to Ant-Man – ‘He’s really good’ to which he replies – ‘yeah, right!’ 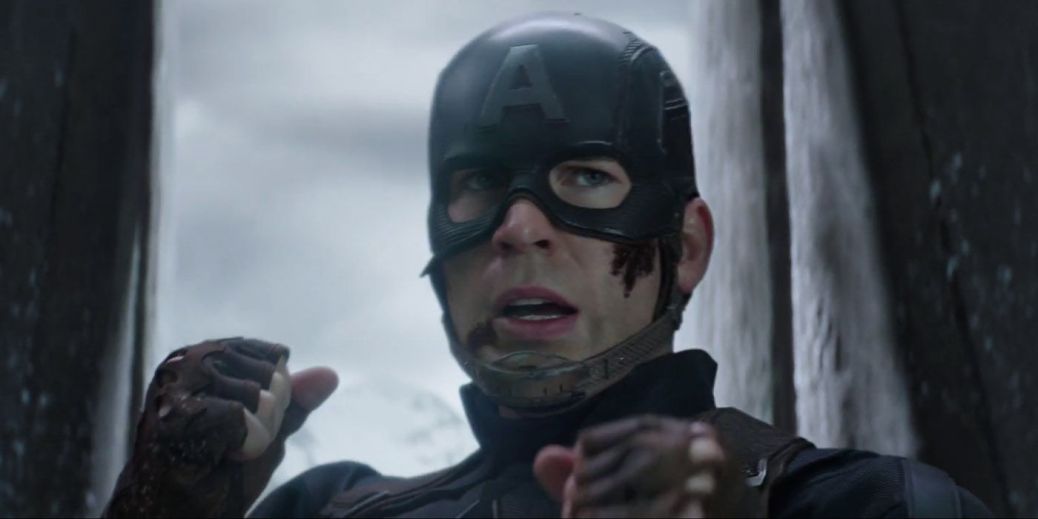 This quote defines Steve Rogers. The sickly, lean kid from Brooklyn who had jumped over the grenade to save others, who had crashed his plane in the sea to save the world from annihilation is a remarkable hero, not for his superhuman strength but for his courage and never say never attitude. Be it fighting against a bully in the lanes or getting punched in the face by the Red Skull in captivity or fighting his friend Tony Stark, despite being badly hurt or even fighting his own self from the past – He can do this all day. So rightfully he says –

What are your favourite Steve Rogers speeches? Do let us know in the comments section.