Every family is different and functions in different ways. Similarly, every individual has their own way of living and nobody should be allowed to dictate anyone’s life. ‘Dil Dhadakne Do’ […]

Every family is different and functions in different ways. Similarly, every individual has their own way of living and nobody should be allowed to dictate anyone’s life. ‘Dil Dhadakne Do’ tells you this. What it doesn’t tell you is how stupid it is to see a bunch of good actors acting crazy on a cruise ship in order to get a lifeboat down to the water. That derelict climax and a really long running time mar an otherwise wonderfully written movie.

Kamal, married to Neelam is the patriarch of the Mehra family and CEO of AIKA industries, named after his children Aisha and Kabir. On the surface, they are very successful, happy and prosperous. But individually each of them is unhappy. Kamal and Neelam have lost the spunk in their marriage, Aisha is married to an annoyingly uptight Manav with an equally abnormal mother-in-law and Kabir the future czar of AIKA, wants to be a pilot when the dwindling family business is at the verge of bankruptcy. To celebrate Kamal and Neelam’s 30th wedding anniversary, the Mehra family goes on a luxury cruise along with their chosen friends (and foes !) and thus the story unfolds through a befuddled but self-proclaimed sane bull mastiff voiced by Mr Aamir Khan, reading from the preachy script written by Mr Javed Akhtar. 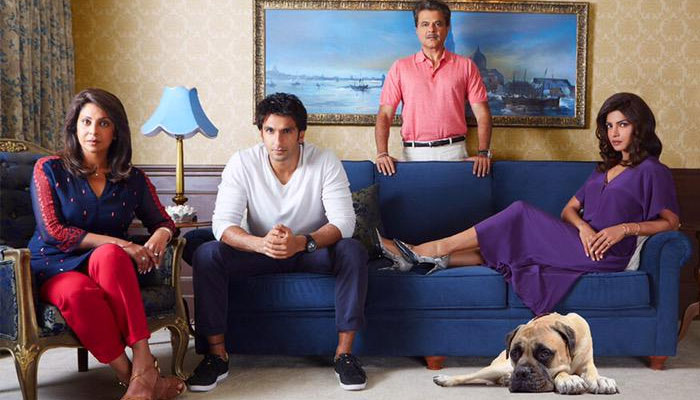 Technicalities first. The writing is superb as well as the dialogues. The credit goes to the trio of Zoya Akhtar, Reema Kagti and the A.B De Villiers of Hindi cinema, Mr Farhan Akhtar. Man, can that guy do anything wrong !!! The only reason you go on watching this 2 hrs and 50 mins long saga is because the watertight script and the witty dialogues keep you engrossed. Picturesque locales of Istanbul give the cinematography an upper hand and the peppy music (SEL does it again!) is the icing on the cake. Efficiently extracting scintillating performances from her cast, director Zoya Akhtar proves again that ‘Luck By Chance’ was not by chance. She has a unique way of storytelling which captivates the audience. The relationship between Aisha and Kabir is modelled after Zoya and Farhan and it’s really cool the way she has morphed the real-life camaraderie into the reel. When you talk about the performances, each of the actors has been cast perfectly in their roles. Even the supporting roles have been cast so smartly that you can actually visualize the Delhi socialites, the snobby businessmen and their spoilt kids, who usually crowd the page-3 of newspapers and tabloids. Full marks to the casting director for this. Parmeet Sethi, Manoj Pahwa, Dolly Minhas, Divya Seth along with others have played their parts wonderfully. Special mention goes to Zareena Wahab for playing the nagging mother-in-law to Aisha. Watch out for her scenes where every time she makes an excuse about her health. By the end of the movie, you would realise that she suffers from every god damn ailment in this world !! The versatile Rahul Bose gets into the skin of Manav so efficiently that every time he’s on-screen, you’ll want to slap him hard (or you won’t, depending on how much you can relate to his character, you slimy bastard!). Full kudos to him, for playing such a layered character. 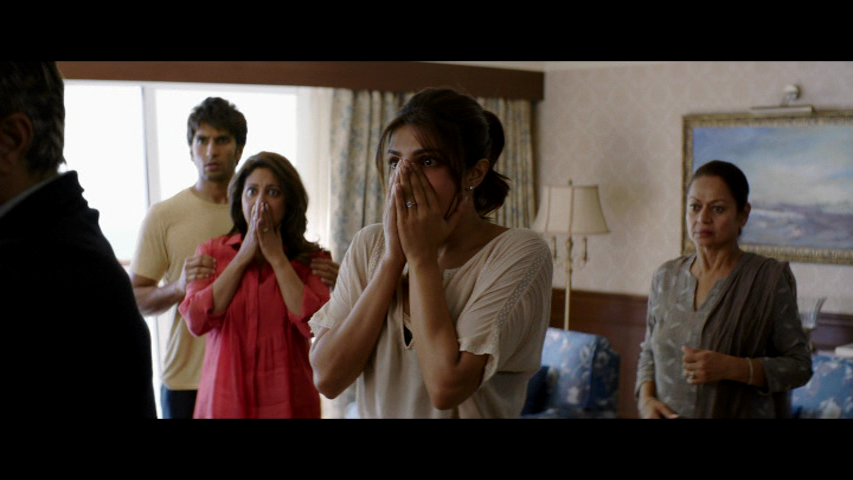 Which brings us to the main anchors of this luxurious cruise, the Mehras. Anil Kapoor wows you with his portrayal of a pompous, manipulative megalomaniac Kamal Mehra. Shefali Shah as Neelam Mehra is truly wonderful. She brings an authenticity to the character of Neelam who’s insecure about losing her husband to his infidelities but is equally scheming when it comes to saving their family business. Priyanka Chopra plays Aisha who’s a successful businesswoman but doesn’t get any credit for her achievements since she’s supposed to play home to a nagging husband. It’s a difficult role and Priyanka does full justice to this. She plays a very subdued but volatile Aisha, who’s always trying to prove her worth to her family. But the star of this voyage is Ranveer Singh. As a charming Kabir who’s disillusioned about his career as a businessman but a rock of Gibraltar for Aisha, Ranveer is in top form. He gets the best dialogues of the lot and performs them effortlessly. Watch out for the scene where he confronts his parents for having double standards for their own profit by using their children. Especially watch his body language when he drags a chair, sits on it and starts fiddling with his fingers !! Mind-blowing stuff. In a special appearance, Farhan Akhtar is fantastic as Aisha’s ex-boyfriend Sunny. One of the most memorable scenes of the film involves Farhan and Rahul Bose, where Farhan subtly points out the rampant patriarchy that runs in the everyday household. Anushka Sharma plays Farha Ali, a free-spirited dancer on the cruise ship, who falls in love with Kabir. Limited to a couple of songs, she deserved a much fleshed out role on this assorted star cast and does rather well in a minuscule appearance, considering the fact that she becomes one of the catalysts to influence Kabir’s view on life.

So what’s wrong with this almost perfect trip??

That climax.. seriously what was that? The ever so dependable Zoya Akhtar settles for an ending which usually a known trope of the majority of Priyadarshan movies. A madcap run of the whole star cast and suddenly the brilliantly built story explodes into a silly chase scene and ends up in utter goofiness. Ignore that and the movie will definitely keep you engaged.