Before you decide to read on, let me tell you there will be plenty of spoilers ahead. So if you have not watched BvS, then stop now. If you don’t […]

Before you decide to read on, let me tell you there will be plenty of spoilers ahead. So if you have not watched BvS, then stop now. If you don’t care, then go on…
An apocalyptic world where general Zod fights Superman, shooting heat rays which can cut a skyscraper like a hot knife going through butter. Collateral damage? Wayne Tower.
Did you say Wayne?
That does not sound good. Not,one,bit.
He’s a cocky old man who has seen everything. He has been fighting the evil for so long that he has lost everyone on the way. Even the young vigilante that he had trained personally, left him high and dry. He’s bitter about the very world that he tries to save. Bruce Wayne, sees a young, brash alien, boasting his powers on a facade of saving innocents, without being answerable to any authority. Bruce doesn’t like him at all.
Clark Kent, a reporter at the Daily Planet, finds himself intrigued about the bat vigilante. He does not like his way of delivering justice, of no holds barred. His alter ego Superman already has the public opinion divided where some consider him the messiah and the rest as the devil from the sky.
The two worlds collide and as you know, only chaos can be ensured when you see an unstoppable force meeting an immovable entity. 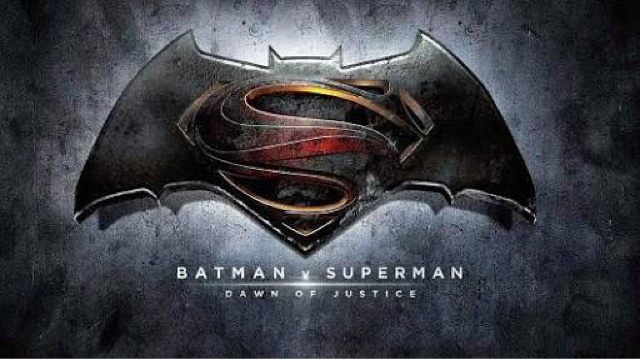 The world, as we know it, has been divided into two eras. Pre-Nolan and Post-Nolan. That man, Christopher has changed the notion of comic books to a different level. We have Marvel who have systematically up’d their game by churning out brilliant storylines. We have 20th century fox who are typically blow hot-blow cool with their X-men. But what Nolan did, was previously unheard of. He breathed fire and soul into these fictional characters. What Zack Snyder did, was a heinous crime, the murder most foul. (Seriously Mr. Snyder? The ‘Mere paas Ma hai’ angle?) BvS starts with a promise, shines brighter as it progresses, hits all the top notes by the intermission and then whimpers and collapses like a pack of cards. No Mr. Snyder, this is not what we were promised. And we feel horrible because this has turned into your own kryptonite rendering you incapable at the face of death. We feel bad at a colossal level, because this sets the tone for justice league which now we fear, is going nowhere.
Let me be very clear. Ben Affleck as Bruce Wayne is really good. He portrays a middle aged Bruce Wayne who has been around for quite some time and is bitter about everything wrong about the system. Henry Cavill plays the caped crusader and he always looks the part. Jesse Eisenberg as the evil maniac Lex Luthor is wonderful. Some will say that he hammed his way into the character but as far as evil geniuses go, they tend to bring madness into themselves. He has some of the wonderful written dialogues which unfortunately none of our heroes seem to have. Its probably due to the dark treatment meted to the subject, right a the onset of the movie. It practically robs everyone to have fun. Gal Gadot as Wonder woman is flawless and though she gets very less screen time, sets it ablaze it with her performance. Jeremy Irons as the trusted Alfred Pennyworth gets to mouth some nice lines and looks pretty cool too. Comics aficionados will love the references to Robin, Joker, Aquaman, Flash, Cyborg and many more. The movie rises to its crescendo with the false god propoganda and the bitter rivalry between the two. Just when you are gearing for an amazing climax, it just fizzes out.
Mr. Snyder, probably to set the record straight with Avengers, has tried to stuff so many things into BvS that it feels nauseous. A movie that could have set the benchmark for all future movies, joins the hallowed list of could-have-beens. And that’s the most saddest part.
We are truly sorry Bruce and Clark, you deserve better.