If you’ve not watched ‘Captain Marvel’ yet, then do not proceed, for it contains massive spoiler alert. For others, read on.

Just like every Marvel film, ‘Captain Marvel’ also contains two scenes, that ties it to the MCU timeline. There are two sequences, one mid credit and one end credit.

In the last scene of ‘Captain Marvel’, which’s set in the nineties, before leaving earth, Carol Danvers hands over an upgraded Pager to Nick Fury, who’s seen nursing his freshly injured eye. The pager, when switched on, sends out the image of Captain Marvel’s logo, which everyone who has seen Infinity War, is aware of. Carol asks Fury to use the pager only during emergencies. This mid credit ties the end credit of ‘Infinity Wars’ to the events of ‘Captain Marvel’, where Nick Fury was seen getting disintegrated as he activated the pager. 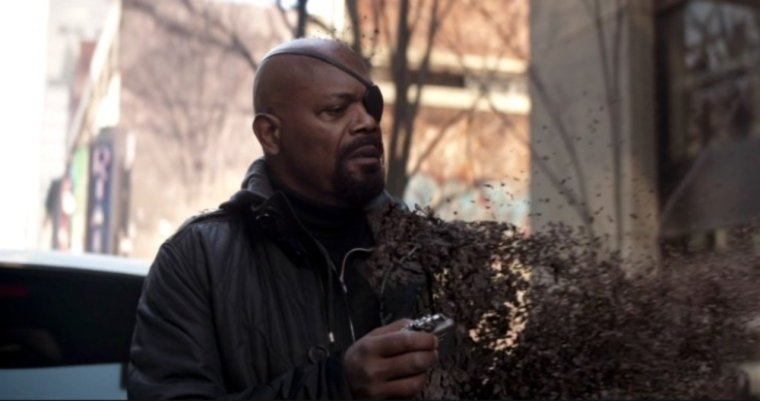 In the mid-credit sequence, set in the present day, the pager is seen in a lab getting powered from an external source. Natasha Romanoff, Steve Rogers, Bruce Banner and Captain Rhodes who are monitoring the worldwide impact caused due to Thanos’s snap, suddenly see the pager dying down. Steve asks Bruce to reboot the pager so that it can continue transmitting the signal. As Natasha wonders who’s receiving the signal, a voice boom from her behind – ‘Where’s Fury?’. It’s Carol Danvers, who has come back to earth, after receiving Fury’s distress signal. It’s pretty important considering one of the much-publicised fan theory which says that the Avengers have to time travel to undo certain things, that would stop Thanos from taking over the infinity stones. Captain Marvel can time travel. So this fits right into the speculation. The end credit involves Goose, the cat who in reality is a Flerken, an intergalactic species who had swallowed the energy core, which we know as the Tesseract. In this scene, Goose coughs up the Infinity stone on Fury’s desk. It’s an inconsequential scene, similar to the lines of ‘Ant-Man and The Wasp’ where the giant Ant is seen to be easing up on Steve Lang’s chair or the now famous Shawarma scene at the end of ‘The Avengers’. This scene is supposed to let the audience know that the Tesseract is back at The Shield. Old timers and fanboys would know that the Tesseract has a long history. In ‘Captain America – The First Avenger’, it was found by Red Skull during WW2, who tried to harness its power but ultimately was thwarted by Captain America, as he along with the Tesseract crash-landed at the Atlantic sea. 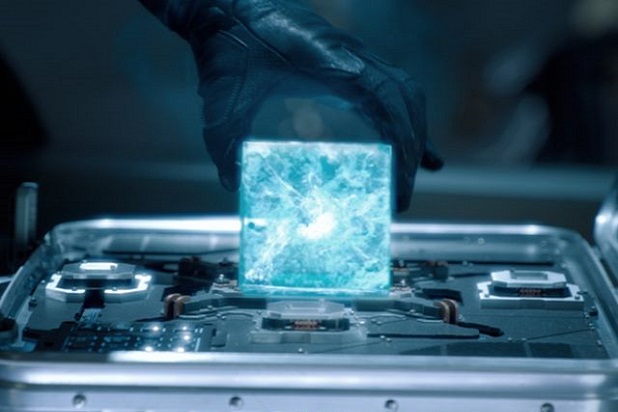 Before Red Skull discovered it, it was with Odin, who had hidden it in the earth, preferably to prevent it from falling into wrong hands such as Hela. During the events of ‘The Avengers’, Loki stole it to open a portal for the Chitauri to invade earth, which was prevented by the Avengers. Thor took it back to Asgard, where it stayed safe, till Loki again stole it, only to hand it over to Thanos, at the beginning of ‘Infinity Wars’. In the events of ‘Captain Marvel’, we get to know that Doctor Wendy Lawson aka Mar-Vell used the Tesseract to harness its power to create the light speed technology. So one can assume, Howard Stark, the original founder of The Shield was aware of her true identity. But it was kept a secret, because the Hydra members had also infiltrated the Shield, as evident from the events of ‘The Winter Soldier’. This could’ve been the reason why Nick Fury was not aware of this.

The story reaches the final conclusion with ‘Avengers – End Game’, releasing in April 2019.